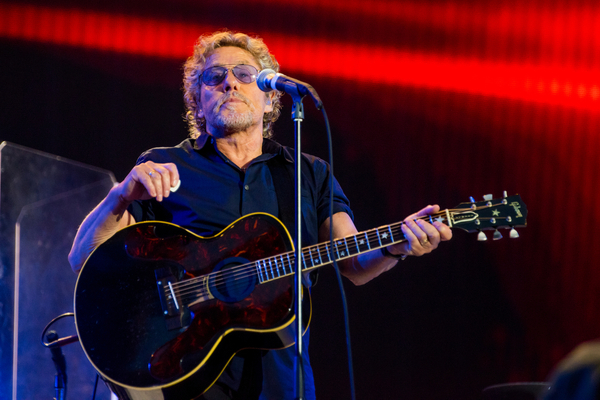 The Who’s Roger Daltrey has taken a swipe at fellow British rock legends The Rolling Stones.

In a new interview for The Coda Collection, Daltrey was asked for his opinion of the other rock acts that emerged in Britain alongside The Who in the 1960s.

“You’ve got to take your hat off to him,” he said. “He’s the number one rock ‘n’ roll performer.”

However, when pressed for his opinion of the Stones’ musical talents, Daltrey wasn’t so affable.

“But as a band, if you were outside a pub and you heard that music coming out of a pub some night, you’d think, ‘Well, that’s a mediocre pub band!’,” he sniped.

Daltrey is the second of The Rolling Stones contemporaries to mock the rockers in recent weeks, following disparaging comments from Paul McCartney.

In an interview with The New Yorker, McCartney compared The Stones unfavourably to The Beatles.

“I’m not sure I should say it, but they’re a blues cover band, that’s sort of what the Stones are,” he said. “I think our [The Beatles] net was cast a bit wider than theirs.”

McCartney made similar comments in an interview with Howard Stern last year.

“They are rooted in the blues,” McCartney said of the Stones. “When they are writing stuff, it has to do with the blues. [The Beatles] had a little more influences. There’s a lot of differences, and I love the Stones, but I’m with you. The Beatles were better.”

Soon after McCartney’s Stern appearance, Mick Jagger was asked for a response during an interview with the BBC.

“That’s so funny. He’s a sweetheart. There’s obviously no competition,” he responded. “The big difference, though, is and sort of slightly seriously, is that The Rolling Stones is a big concert band in other decades and other areas when The Beatles never even did an arena tour, Madison Square Garden with a decent sound system. They broke up before that business started, the touring business for real.”

“So that business started in 1969 and the Beatles never experienced that,” Jagger continued. “They did a great gig, and I was there, at Shea stadium. They did that stadium gig. But the Stones went on, we started doing stadium gigs in the ’70s and [are] still doing them now. That’s the real big difference between these two bands. One band is unbelievably luckily still playing in stadiums and then the other band doesn’t exist.”

It remains to be seen which wrinkly rocker will be the next to have a pop at The Rolling Stones.

Anthony Kiedis Speaks Out About Climate Crisis Saying It’s Out Of...