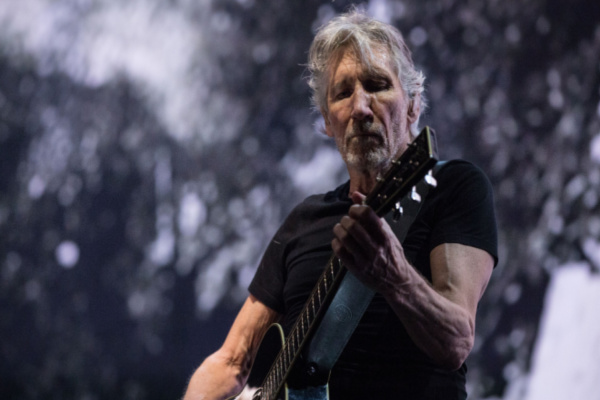 Along with discussing his This Is Not A Drill tour, Roger Waters also became embroiled in a heated debate with a reporter over current political issues, which of course included the ongoing Russian invasion of Ukraine.

Speaking to CNN’s Michael Smerconish, Waters blasted US President Joe Biden, even going as far as branding him a “war criminal”.

He said, “This war is basically about the action and reaction of NATO pushing right up to the Russian border – which they promised they wouldn’t do when Gorbachev negotiated the withdrawal of the U.S.S.R. from the whole of Eastern Europe”.

He also blasted the Russian invasion, calling Vladimir Putin’s decision an “act of a gangster”.

Smerconish then made the point that the US had a role as “liberators”. However, Waters issued this response.

“You have no role as liberators… you got into World War II [because of] Pearl Harbor”, he said.

He also added, “You were completely isolationist until that sad, that devastating, awful day. … Thank God the Russians had already won the bloody war, almost, by then. Don’t forget 23 million Russians died protecting you and me from the Nazi menace”.

“Try to figure out what the United States would do it the Chinese were putting nuclear armed missiles into Mexico and Canada”, Waters said.

Smerconish then alleged that China were too busy “encircling” Tawain to focus on the US.

“They aren’t encircling Taiwan – Taiwan is part of China and that’s been absolutely accepted by the whole of the international community since 1948″, Waters replied.

Waters also dismissed the idea that China were committing atrocities to their own people, branding the allegations “b******s”.

This interview can be seen below.

Roger Waters also spoke to the audience about his This Is Not A Drill shows.

“If you’re one of those ‘I love Pink Floyd but I can’t stand Roger’s politics’ people, you might do well to f*** off to the bar right now”, he said.

He was also asked if he really wanted the audience to leave.

“You never know; those people, if they sit in a community like my audiences… there is such a great feeling of communication in that room between me and the audience, and between us combined with all our brothers and sisters all over the rest of the world”.

“If This is Not a Drill has a message, it is that we have to communicate, one with the other”.

While Smerconish did not always agree with Waters’ views, he stated, “I’ve only got one message: ‘Two strangers passing in the street / By chance two passing glances meet / And I am you and what I see is me.’ That is my message and that was on Meddle which was in 1970; and basically my message hasn’t changed – I recognize your humanity but I recognize all the Russians and the Chinese and the Ukrainians and the Yemenis and the Palestinians”.

Waters’ This Is Not A Drill Tour finishes on October 15.