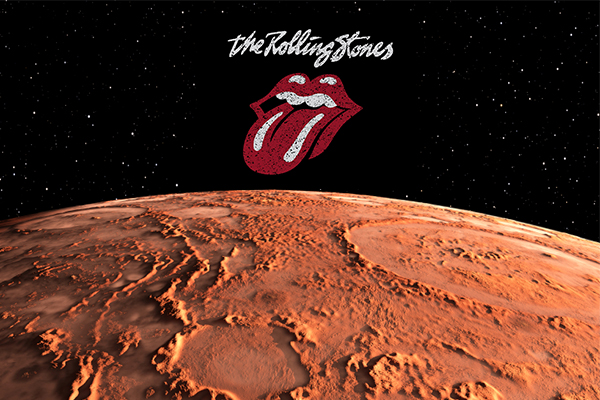 NASA has paid tribute to The Rolling Stones by naming a rock that was found on the planet of Mars. 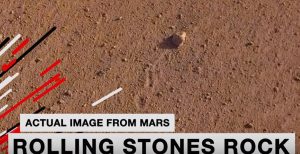 According to Antimusic, actor Robert Downey Jr. made the announcement before a Rolling Stones show at the Rose Bowl Stadium in Pasadena, California.

The venue is located close to the Jet Propulsion Laboratory facility which acts as mission control for the InSight mission on Mars. In the footage below Downy joked that “Cross-pollinating science and a legendary rock band is always a good thing.”

“The name Rolling Stones Rock is a perfect fit. Part of NASA’s charter is to share our work with different audiences. When we found out the Stones would be in Pasadena, honoring them seemed like a fun way to reach fans all over the world.”

The band expressed their enthusiasm by adding, “This is definitely a milestone in our long and eventful history. A huge thank you to everyone at NASA for making it happen.”

The Jet Propulsion Laboratory had this to say about the fairly small-sized rock:

“The team behind NASA’s InSight lander has informally named a rock on Mars ‘Rolling Stones Rock’ after the band. A little larger than a golf ball, the rock appeared to have rolled about 3 feet (1 meter) on Nov. 26, 2018, propelled by InSight’s retrorockets as the spacecraft touched down to study the Red Planet’s deep interior.”

Hello “@RollingStones Rock” Who could hang a name on you? Um… us!

When @NASAInsight touched down on the Red Planet, its engines sent a rock rolling across Mars’ surface. We named it for the band. Take a closer look and learn how #MarsRocks get named: https://t.co/xY0TfoksJP pic.twitter.com/BZlABAMaZJ

“In images taken by InSight the next day, several divots in the orange-red soil can be seen trailing “Rolling Stones Rock.” It’s the farthest NASA has seen a rock roll while landing a spacecraft on another planet.”