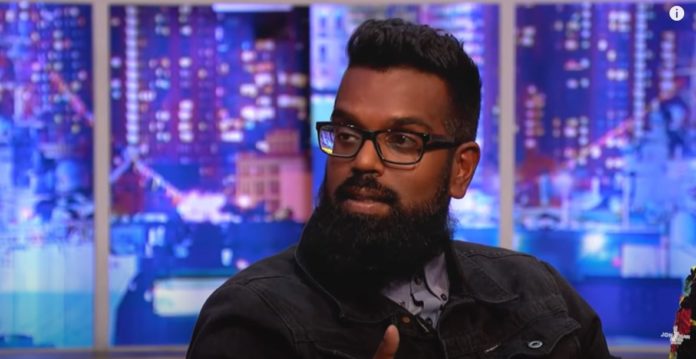 The BBC have confirmed that comedian Romesh Ranganathan will replace Anne Robinson as Weakest Link host when the show returns.

It has been confirmed that the Weakest Link will air on BBC One with celebrity contestants.

“A TV institution back to our screens”

Comedian Romesh Ranganathan will host the Weakest Link revival which will see celebrities taking part in the show, trying to win money for their chosen charities.

The League Of Their Own star said the opportunity to host the show’s revival is an “honour”.

“It’s an honour to be asked to bring what is basically a TV institution back to our screens”, Ranganathan said. “Anne was an amazing host and to step into her shoes is an anxiety-inducing privilege”.

“I’m hoping we’ve found a way to make both the fans of the show happy as well as bringing a new audience to it”, he continued.

He even joked, “If not, accept this as my apology”.

He was also unveiled as the new host for Sky One sports based panel show, A League Of Their Own.

“His own unique style”

“Weakest Link has always been a firm favourite with audiences and Anne Robinson was a terrific and formidable host”, said Kate Phillips, director of Entertainment for the BBC.

She added, “I can’t wait to see Romesh bring his own unique style of presenting to one of TV’s most memorable roles”.

The BBC also confirmed that the show will consist of twelve 45 minute episodes.

Anne Robinson hosted the Weakest Link from 2000-2012. Whilst on the show, the 76 year old also developed a reputation as a no-nonsense quiz master and often made sharp and cutting remarks to contestants.

Robinson herself has also had her say on the woke/cancel culture, where an opinion somebody expresses could damage their career.

“Well, it’s exhausting isn’t it?”, she said. “Because it’s cutting out genuine criticism. I hate it that television, newspapers and charities are all pandering to it. Instead of supporting the people who support their newspaper or their charity”.

“One of the several reasons we wouldn’t do Weakest Link again is that we’re into (the) woke era now. And there would be endless confusion about it”.

Anne Robinson is also the first female to host Countdown. When asked about that, this was her response.

“When Channel 4 said to me ‘you’ll be the first woman’, I groaned, because I was rather hoping we’d got past the stage of being completely astonished that a woman can do the same job as a man”, she said.

“Maybe we haven’t. You might as well say I’m the first presenter of Countdown who’s got O-negative blood”.