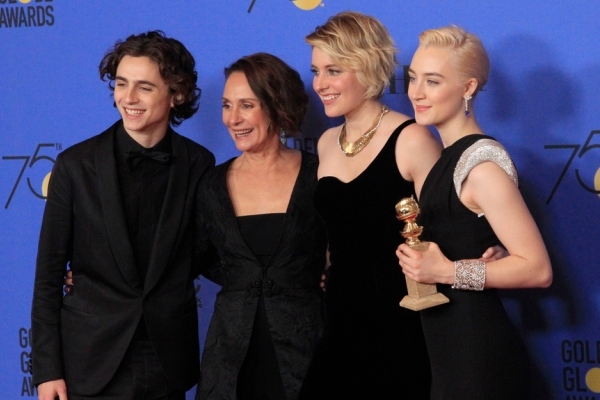 The Irish Film and Television Academy commences its 15th anniversary year with the announcement of a superb line-up of nominations for the 2018 Awards that reflects a vibrant and successful Irish home industry.

Across the Film categories ‘Maudie’ receives six nominations, Cardboard Gangsters and Handsome Devil along with Three Billboards Outside Ebbing, Missouri and The Farthest each receive five nominations.

The Drummer and the Keeper, The Killing of a Sacred Deer, Maze and Michael Inside each receive four nominations while The Lodgers, Pilgrimage and Song of Granite all receive three nominations each, with Saoirse Ronan’s Ladybird being nominated in two categories.

Meanwhile, across the drama category, Vikings receives six nominations. The ever popular Game of Thrones and Peaky Blinders each receive five nominations, Paula receives four nominations, Acceptable Risk and Into the Badlands receives three nominations while Line of Duty and Amy Huberman’s Striking Out receive two nominations each.

The Academy CEO, Aine Moriarty commented: “What a fantastic kick-start to the Academy’s 15th Anniversary year with this superb line-up of Irish Nominees showcasing the very best of Ireland’s creative talent, delivering world-class film and drama across the globe. The Academy looks forward to acknowledging their achievements and rewarding excellence at the IFTA Awards Ceremony next month (Thursday, February 15th).”