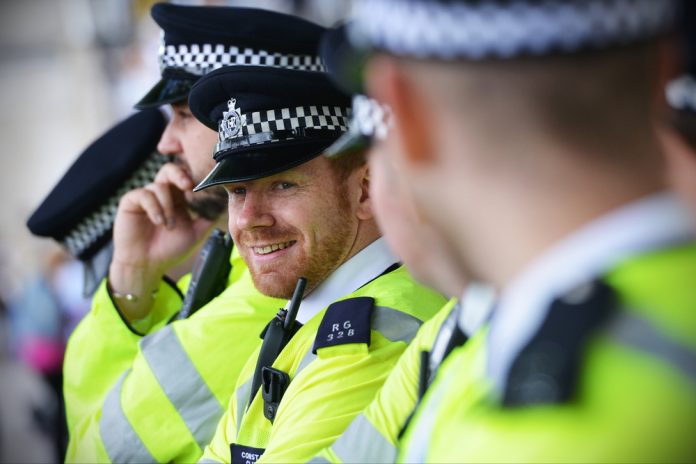 A newly recruited and off-duty police officer has received praise when he chased away four armed raiders. That was while he was dressed only in his boxer shorts.

The Met Police officer (in his late 20’s) awoke to a disturbance near his address in Barnes High Street, South London, at around 3.30am on Friday.

He spotted four people attempting to smash their way through the window of a jeweller. The male officer, who has chosen to remain anonymous, graduated two weeks ago.

After surprising the would-be robbers he had a pick-axe flung at him. Thankfully he managed to dodge the weapon before he picked it up and ran at the thieves who then fled the scene on mopeds.

Despite the damage to the shop window no property was stolen. The suspects left behind a number of items including a pick-axe, sledgehammer and a chisel.

The officer’s only injuries were a cut to his foot from broken glass. The new recruit has been praised for his heroic deeds. He said:

“I’m glad I was able to intervene in this case… although if it happens again, I hope I have more clothes on.”

Weekend Weather: Do We Want Snow?