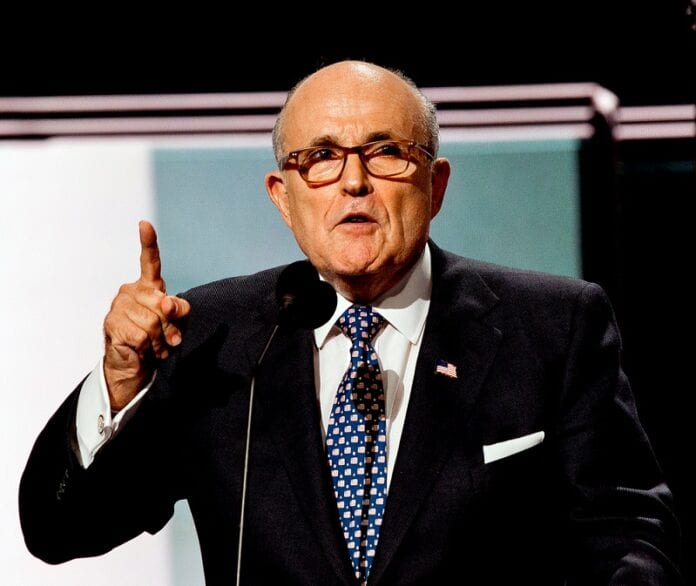 Rudy Giuliani reportedly tried to get the crew of Borat’s latest film arrested for extortion according to the movie’s producer.

Giuliani appeared in ‘Borat: Subsequent Movie film’ as he followed Borat’s 15-year-old daughter into a hotel bedroom after a fake interview.

Maria Bakalova was playing Borat’s daughter, Tutar. In the film, Tutar leaves Borat and becomes a journalist for a right-wing news company which leads to an interview with Rudy Giuliani.

In the film, Giuliani can be seen putting his hands down his pants with Bakalova in the room. The former Mayor of New York said he was tucking his shirt in at the time.

Speaking at the Producers Guild of America panel on March 20, producer Monica Levinson said Rudy Giuliani tried to have the crew arrested.

“He claimed we were trying to extort him at the time, which we didn’t ask for anything. He called all of his New York City cops and said extortion, which was a federal crime. Very smart to bring that up.”

No arrests were made, but the film crew was locked out of the suite they were using for the scene. Once they were locked out, they got the footage out of the hotel as soon as possible.

“That’s always out first. We would hide tapes in our pants. There’s always ways to make sure we got out the data.”

In the end, the crew left New York and headed to New Jersey after taking advice from the movie’s legal team.

When the film came out, Radio Nova reported that Maria Bakalova could be in line for an Oscar nomination.

Now, the Bulgarian actor has been nominated for Best Actress in a Supporting Role. In an interview with Variety, she explained why the Tutar charactered resonated with so many people.

“I believe a lot of people can recognise themselves with the character of Tutar. She has a huge heart, full of dreams. We’re living at a time when people are ready to stand up against misogyny and people are willing to support each other more and more.”

The movie is available to stream on Amazon Prime Video and you can check out the trailer here. 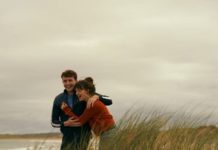