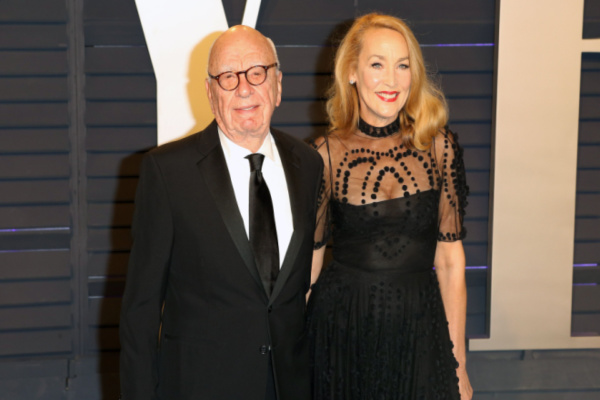 Rupert Murdoch and Jerry Hall have finalised their divorce, but remain “good friends”.

This news was confirmed by Hall’s lawyer, who announced that the couple’s divorce is final, after 6 years of marriage. The couple had tied the knot in 2016.

The couple had also signed a pre-nuptual agreement, and their split is unlikely to affect the ownership structure of various business that Murdoch owns.

Such companies include The Wall Street Journal and Fox News. While he also owns The Times Of London, the New York Post, and The Sun. His riches are worth a reported $17 billion, according to Forbes Magazine.

This latest divorce marks the end of a fourth marriage of Rupert Murdoch. He divorced Austrailian flight attendant Patricia Brooker in the 1960s.

His second wife Anna, a newspaper reporter married Rupert Murdoch in 1969, before divorcing 30 years later in 1999.

His third marriage to Wendi Deng ended in 2013, following reports that she was romantically involved with former British Prime Minister Tony Blair.

“wish each other the best for the future”

Despite confirming their divorce, Jerry Hall’s lawyer insist that their client and Murdoch “remain good friends”, and wish each other well for the future.

“Jerry and Rupert Murdoch have finalized their divorce”, lawyer Judy Poller said. “They remain good friends and wish each other the best for the future”.

Born in Texas, Jerry Hall is also the former partner of Rolling Stones frontman Mick Jagger, with who she shares four children with.

The couple have three children together, Jennifer, Rory and Phoebe.

“We continue to share a belief in that mission and will continue our work at the foundation, but we no longer believe we can grow together as a couple in this next phase of our lives”, Bill Gates said.

“We ask for space and privacy for our family as we begin to navigate this new life”,

Behind The Mask – Marty’s Masked Ball – A Gallery!