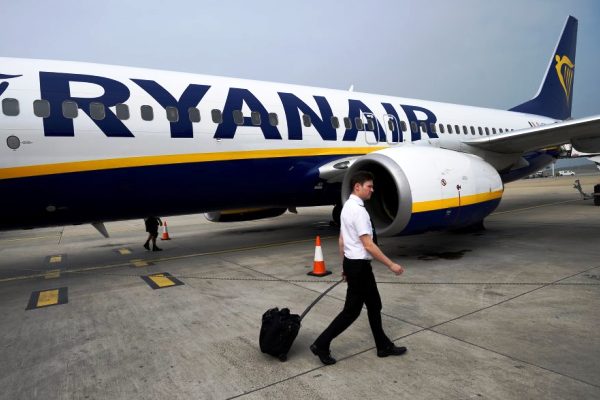 RYANAIR pilots have voted to accept a deal negotiated with the airline. Members of IALPA unanimously backed collective agreement deal thrashed out over the issues of base transfers, annual leave and promotions.

The unanimous decision sees the end of a dispute which led to thousands of customer having their summer travel plans disrupted by strike action by pilots under Forsa and the Irish Airline Pilots Association (IALPA).

In a statement, the union say they could no longer accept Ryanair’s “highly problematic employment model” and look forward to building a constructive relationship with them.

They’ve also thanked Kieran Mulvey, who mediated talks between the union and airline management. The dispute led to five days of strike action by some Irish-based Ryanair pilots.

A spokesperson for IALPA Captain Joe May said that the pilots respect Ryanair’s operational model, they no longer accept the company’s “highly problematic” employment model.

“After decades of declining terms and conditions, pilots in Ryanair have now firmly found a unified voice.

“When pilots are treated fairly and transparently by an airline, they will be motivated to contribute to their airline’s success, stay at the company and make their career with that airline.”

“The Irish Air Line Pilots’ Association would like to once again express our thanks, and the appreciation of all our members, to Mr Mulvey for his willingness to assist in the resolution of this dispute.

“We would also like to thank Ryanair for their participation in the mediation process, Fórsa Officials and ICTU Officials, in particular, Ms Patricia King and Mr Liam Berney for leading the talks on behalf of Ryanair pilots.”