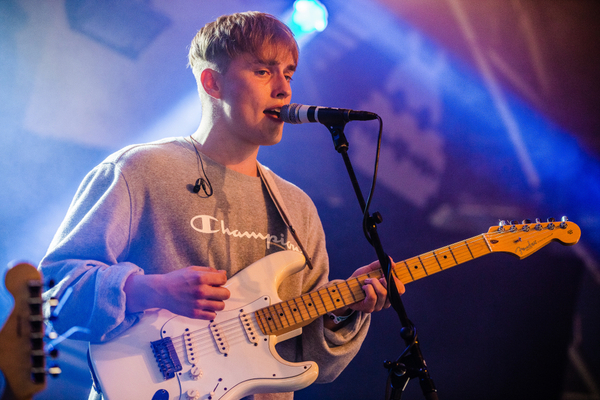 Sam Fender has added some extra dates to his UK Arena Tour in 2022. The singer is on tour next year, promoting his studio album “Seventeen Going Under”. The album arrived on October 8.

Having announced a gig at Wembley Arena for April 1, the singer who hails from North-Shields, has added a second gig at the venue on April 2, as well as Newcastle Utilita Arena four days later.

Sam Fender’s album “Seventeen Going Under” also secured the number one spot in the UK Album Charts. This is a second number one for Fender.

In a video posted in Twitter, Sam Fender received confirmation of his achievment from fellow Geordies Ant and Dec. A shellshocked Fender could not contain his joy.

“We did it!!! Number 1 album!!! That’s two in a row!!!”, he wrote.“Can’t believe it! @antanddec came along to give me it, best surprise ever!! Thank you to the best fans in the world! See you at the arenas you absolute beauties!!!”.

This week also saw Sam Fender’s album outsell the rest of the top 10 in the UK Album Chart combined.

Posting another photo featuring Fender with Ant and Dec, the offical charts wasted no time in congratulating the singer.

They chart wrote, “Congratulations to @samfendermusic who gains his second UK Number 1 album with Seventeen Going Under – out-selling the rest of the Top 10 combined! (And yes – that is @antanddec helping Sam celebrate)”.

Congratulations to @samfendermusic who gains his second UK Number 1 album with Seventeen Going Under – out-selling the rest of the Top 10 combined! (And yes – that is @antanddec helping Sam celebrate) 💪 🔥 https://t.co/4iQT5zR5Lg pic.twitter.com/lcKg7XncXJ