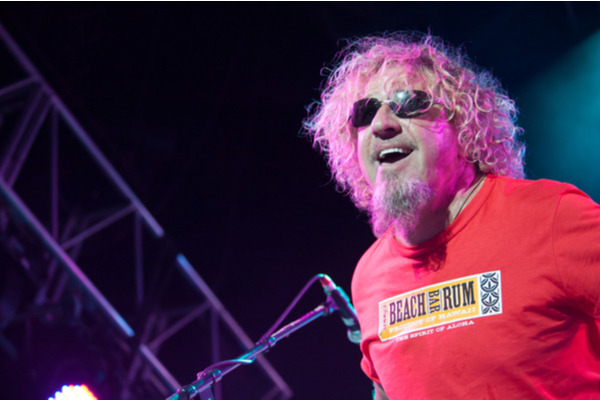 During a recent interview, former Van Halen frontman Sammy Hagar took aim at the man who preceded him as lead singer for the hard rocking 1980s band.

Hagar did not take prisoners when talking about David Lee Roth. “He’s a real character. He’s a showman. He’s all show. I enjoy him”, Hagar said.

“But you talk about cringing. I can’t imagine how he feels when he looks at some of them old videos, the way he was dancing and moving, and the way he was singing live sometimes. I don’t know how he feels about all that, but I don’t think he cares”.

Hagar continued to remark on David Lee Roth. This included comments regarding his personal life.

“He puts on this whole big front and comes out: ‘I’m here! David Lee Roth is here!’ And then he goes and hides again. Very strange. I don’t think he’s happy”, he said.

“I apologise from the bottom of my heart” – Hagar on autobiography

In the same interview, Sammy Hagar apologised “with all my heart” for detailing former bandmate Eddie Van Halen’s drinking habits in his memoir.

His autobiography Red: My Uncensored Life In Rock was released in 2011 and in it Hagar wrote about Eddie Van Halen’s drinking habits and his strained relationship with the late musician.

“Because of the untimely and tragic death of Eddie Van Halen, I apologise from the bottom of my heart for exposing his dark side to where I don’t think anyone wants to hear that now, and, unfortunately, it’s in the book”, Hagar said.

He also added, “If I wrote the book today, I would only put the good of Eddie Van Halen, because he was such a brilliant, genius guitar player and such a great friend and a great partner, until everything went wrong, like everything else”.

Hagar also took to Twitter to launch his own sparkling rum cocktails. More on that here.