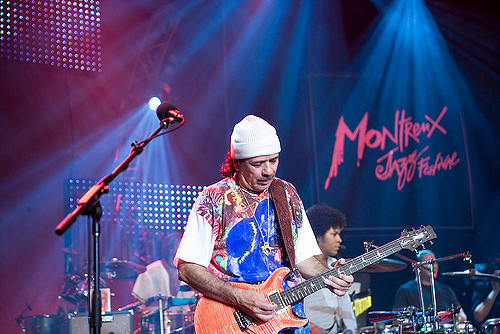 The renowned Latin rock band Santana have announced that they will be releasing a new album this year. It is called Santana IV and it features the early 70s line up of the band.

Speaking about their recent reunion and getting together for the first time in 45 years, Carlos Santana said “It was magical. We didn’t have to try to force the vibe – it was immense. From there, we then needed to come up with a balance of songs and jams that people would immediately identify as Santana.

“When you can go back and break new ground with joy and determination – and some whoop-ass energy – it gets you going. I think we achieved something very rare. This music was screaming to come out of us. It wasn’t about nostalgia. It was about passion.”

They will release their forthcoming record, Santana IV, on April 15. They announced that fans attending select shows on Santana’s Luminosity tour this year will receive a CD copy of Santana IV with every pair of tickets.