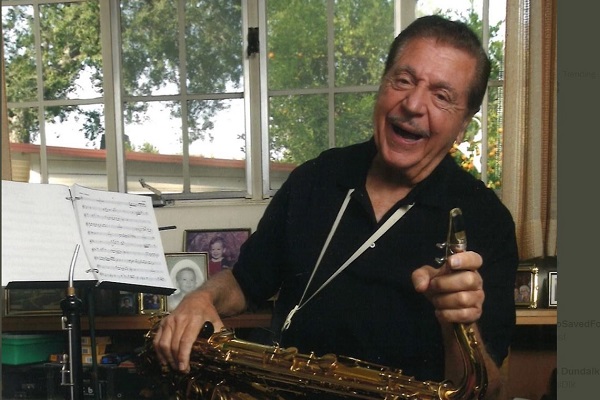 Tributes are being paid to the popular saxophonist Gene Cipriano, who passed away aged 94.

His death was confirmed by his son, who revealed that he passed away of natural causes on November 12.

Proficient in all Woodwind instruments, Cipriano eventually relocated to California, where he struck up a working relationship with composer Henry Mancini.

Having enlisted Cipriano’s services for his series Peter Gunn, Gene Cipriano also worked alongside Mancini on the film scores for 1960s’ films The Days of Wine and Roses, and Charade, along with the 1970 classic The Hawaiians.

Cipriano was renowned for performing on a long list of popular albums and major motion pictures in his career.

Other films also included classics such as The Thomas Crown Affair, Cleopatra, West Side Story, The French Connection, The Wild Bunch, The Karate Kid, Up and others.

The Most Recorded Woodwind Player

Along with films, Gene Cipriano also played a key role in the albums of some of the all time great music artists.

Through his tenure with the Wrecking Crew Collection of sessions musicians, Cirpriano contributed to a myriad of rock and pop songs.

His impressive CV reads like a Who’s Who of music, with the list including Johnny Cash, Neil Diamond, the Monkees, the Beach Boys, Glen Campbell, Harry Nilsson, and Randy Newman among others.

On top of this, Cipriano also played the oboe on Frank Sinatra’s ‘It Was A Very Good Year’ track, as well as woodwinds on Prince’s 1986 album Parade.

He also featured as part of the band that played with Elvis Pressley during his Comeback Special of 1986.

Through his various involvements in TV, and music, Gene Cipriano has been hailed by many as the most recorded woodwind player of all time.