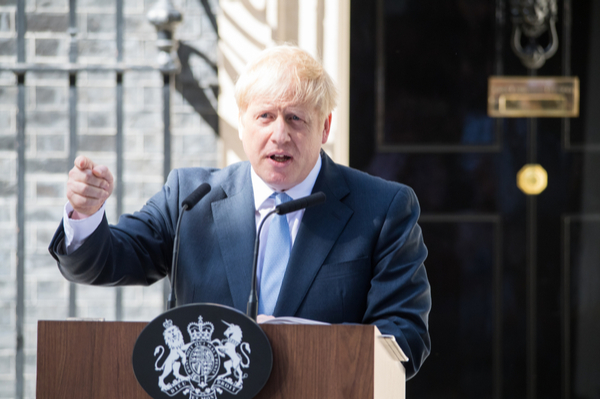 The Met Police have confirmed that “a number of events” in Downing Street and Whitehall are being investigated.

This is regarding possible Covid rule breaches. This news was confirmed by Met Police Comissioner Cressida Dick.

She said that they had received information from the Sue Gray inquiry.

“The fact that we are now investigating does not, of course, mean that fixed penalty notices will necessarily be issued in every instance and to every person involved”, she said.

She also added, “We will not be giving a running commentary on our current investigations”.

Ms Dick also revealed that there will be updates at “significant points”.

The comissioner also added that “several other” events will be investigated.

British Prime Minister Boris Johnson has been acussed of breaking several lockdown rules. It was alleged that Mr Johnson attended a surprise birthday party at a time when social gatherings were banned.

Mr Johnson is trying to strengthen his premiership after he and several cabinet members were acussed of partying during lockdowns.

It was reported that Mr Johnson and 30 other a party celebrating his birthday on 19 June 2020.

Mr Johnson was allegedly surprised by his then fianceé Carrie with a cake and led a chorus of Happy Birthday with 30 cabinet members.

An insider had claimed, “This was a few people who were in the office saying happy birthday, it was not a party”.

Ms Dick has also defended the police’s investigation of the allegations of parties at Downing Street and Whitehall.

“We police without fear or favour. We police impartially and we police in an operationally independent manner”, she said.

“And I have always done that and I will always do that impartially”.

Regarding these allegations, Boris Johnson has offered a variety of explantions over these alleged events.

He initially insisted that no rules were broken. However, he subsequently apologised to the British public for these gatehrings.

“I understand the sense of concern about the sort of reports we see on the front of the newspapers”, he said. “Mistakes were made”.

“Just to be clear, the prime minister clearly didn’t organise to be given a cake; some people came forward and thought it would be appropriate on his birthday to present a cake”.

He continued, “It was his (Boris Johnson’s) birthday and these are people that he worked with all the time”.

“As I said, I don’t seek to defend it. This is for Sue Gray to decide on whether this was appropriate, she’ll make the recommendations”.

“I think we can be pretty clear that the Prime Minister didn’t present the cake to himself. This is somebody coming in with that cake and I’ve explained to you that I’m furious with everybody who broke the rules”.

In light of these alleged Downing Street events, a mock rave was set up online by DJ Jon Mancini which raised funds for charity. Find out more here.