The makers of the age old classic word search Scrabble has moved to ban hundreds of racial and offensive slurs, including a number of anti-Irish words.

Although Mattel has refused to publish the list, the game’s official word checker reveals that it includes racial slurs against those of black, Pakistani and Irish origin.

‘Virtue Signalling‘, ‘Wokeness‘ and ‘Political correctness‘ are all been attributed to the game’s owners and rights-holder Mattel after the removal of as many as 400 words from use.

Mattel told The Times that its intervention, which is the first time it has sought to remove words, was a political decision in response to the Black Lives Matter protests in 2020.

Ray Adler, the global head of games, said: “We looked at some of the social unrest that’s going on globally. We looked at everything we were doing as a company and opportunities to be more culturally relevant. I’ve heard the argument that these are just words, but we believe they have meaning.

“Can you imagine any other game where you can score points and win by using a racial epithet? It’s long overdue.”

The decision has sparked furious public debate, with many celebrating the progressivism of the move, and others branding the ban unnecessary pandering to the woke brigade.

“Words listed in dictionaries and Scrabble lists are not slurs,” Darryl Francis, who has written books about the game, told The Times.

“They only become slurs when used with a derogatory purpose or intent, or used with a particular context,” he argued.

“Words in our familiar Scrabble word lists should not be removed because of a PR purpose disguised as promoting some kind of social betterment.”

There is no definitive list of banned words, but it’s understood that there are a number of racial slurs regarding the Irish which have been banned, including ‘Fenian‘ and ‘Culchie‘. 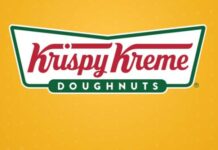 What You Can Do To Make A Woman’s Day Today!