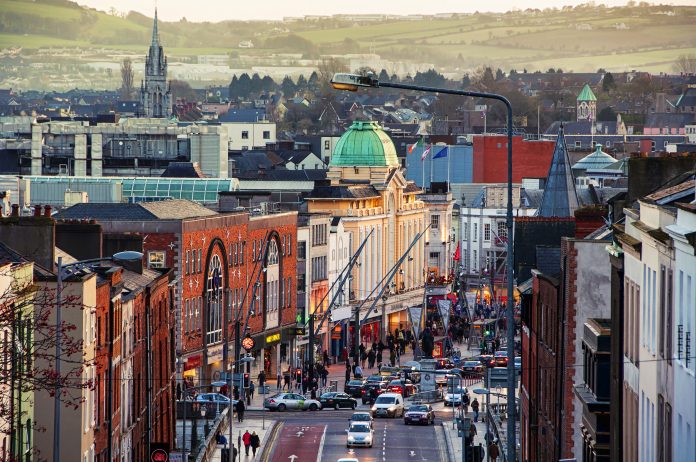 Archway take Cork in the second installment of the Archway Series – A Celebration of Great Moments in Irish Music.

Archway Lager have teamed up with the lead singer of Cork band the Frank & Walters, Paul Linehan, for the second installment of the Archway Series

Archway, the newest addition to the award-winning Franciscan Well portfolio, today announced the second installment of the Archway Series, a series of intimate events across Ireland that will celebrate great moments in Irish music and great Irish musicians.

The second event in the series will feature special performances and an intimate interview with lead singer with Cork band the Frank & Walters, Paul Linehan. The unique gig will celebrate Paul Linehan’s music, while providing insight into the greatest moments, greatest challenges and the greatest inspirations of his career with the band.

Taking place in The Hidden Attic at Rearden’s, Hanover Street, Cork on the 8th November at 7pm, the intimate acoustic set-up will see Stuart Clark from Hot Press interview Linehan about his breakthrough moments, career highs and lows, and a glimpse of greatness still to come.

Archway Lager will be exclusively served at the Dublin event.

Tickets are limited and cost €10, all ticket-holders will have access to the event alongside two complimentary Archway Lagers. Purchase tickets here.