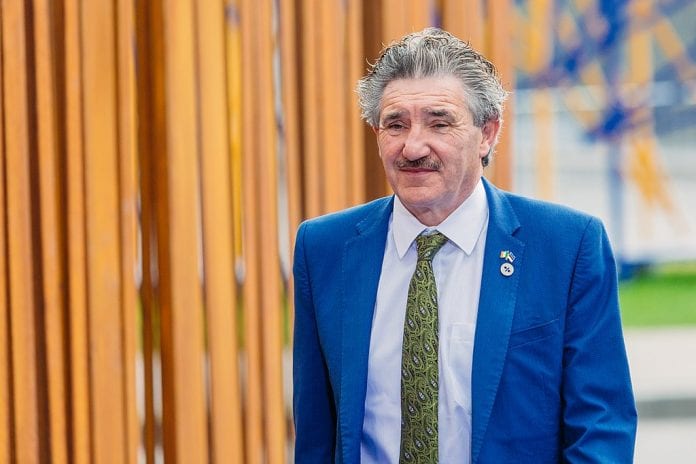 John Halligan says it was a mistake for him to ask a woman if she was married during a job interview after a Senator called for him to step down.

The Junior Minister says he’s disappointed with himself but says he asked the male candidates the same question.

It comes as a leading businesswoman says women often feel they have to take off their wedding ring before a job interview.

John Halligan said he was only trying to make the woman relax when he asked her if she was married and had children.

He said it was a genuine mistake and he’ll pay the €7,500 compensation award himself.

He also said he asked the male candidates the same question.

John Halligan’s government colleague, Justice Minister, Charlie Flanagan, has rowed in behind him – saying what happened isn’t a ‘hanging offence’. But Senator Ivana Bacik thinks John Halligan should step down:

“I think John Halligan’s comments were unacceptable. I’ve been on interview panels myself and it’s a very basic interviewer 101 principle that you don’t ask about family status… I don’t think his position is tenable.”

Senator Bacik was speaking at a talk calling for gender equality in the workplace.

The Dress for Success charity says from today until the end of the year women are effectively working for free because of the 14% pay gap.

“I get it all the time as a working mother: ‘How do you cope with the kids?’ – no one ever asks my husband that.”

“My friends remove their wedding rings for job interviews because if you’re a woman in her 30s interviewing, all an employer is looking at is the chance that you’re going to get pregnant and leave.”

The Dress for Success campaign says equality in the workplace is not about ‘women versus men’ but about equality for everyone.

A Majority of Responders To Survey Support Mandatory COVID Vaccination