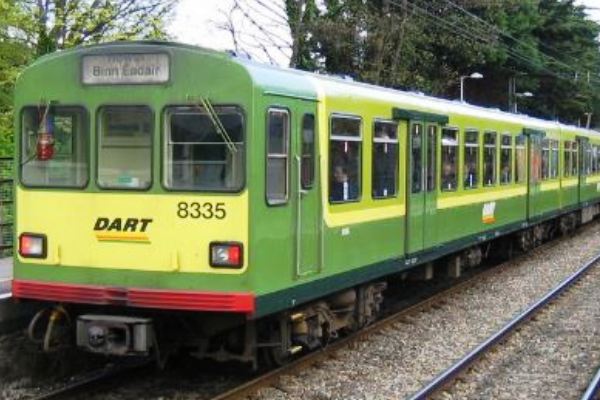 A  group of vandals sprayed graffiti all over a DART carriage and threatened passengers with planks of wood. They held back the carriage doors, and blocked the train from leaving Clongriffin at about twenty to eleven last night.

Other customers on board the carriage tried to move the gang away from blocking the doors, before being threatened by the gang and then calling Gardai.

Senator Ó Ríordáin said: “Last night’s disgusting scenes at Clongriffin DART station are unfortunately no surprise to the local community who have been reporting serious anti-social behaviour at Northside stations for months.

“Broken lifts, smashed glass panels and lit fires are all too common occurance at Clongriffin, Bayside and Donaghmede stations.

“Over a year ago, I wrote to Irish Rail regarding these concerns and they confirmed that one particular gang was responsible for much of the damage.

“Unfortunately, it is now time to considered Garda policing on DART services and stations for a limited period of time to reassure passengers and to tackle this issue seriously.

“I can’t help but think that if this was happening in Stepaside it would have been addressed seriously much sooner.”