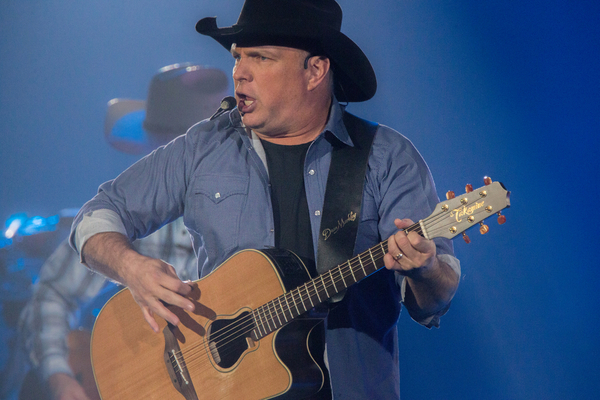 Garth Brooks has confirmed that he will play in Croke Park on 9 and 10 September 2022.

Tickets for these shows will go on sale from Thursday November 25 at 8am via the usual outlets, including Ticketmaster.

The singer is also the first artist to win the CMA Entertainer Of The Year seven times.

He also became the first musician to win nine RIAA Diamond Awards for his nine albums that were certified over 10 million.

Brooks also boasts twenty Billboard number one hits to his credit. He was also the first singer to achieve top 5 tracks at country radio including Madiabase and Billboard across five decades from the 1980s to the current decade. His recent hit includes a duet with Blake Shelton “Dive Bar”.

Back in 2014, Garth Brooks was pencilled in to perform some shows at Croker. However, when planning permission for the planned five shows was denied, all gigs were subsequently cancelled.

We brought you the news earlier this month that Aiken Promotions have been informed that a licence for additional shows on September 16 and 17 has also been granted by Dublin City Council.

Back in October, Garth Brooks even hinted that he would move the shows to the Aviva Stadium if he could not get five nights approved in Croke Park.

“It becomes a big story for Garth if he gets the five nights at Croke Park he was denied before. Three nights won’t be enough”, a source said.

They added, “He wants his full five shows at least if he is ever to return to Ireland”.

“But Garth could do three nights in Croke Park then another three concerts in the Aviva Stadium”.

The Killers Are King Of The Castle