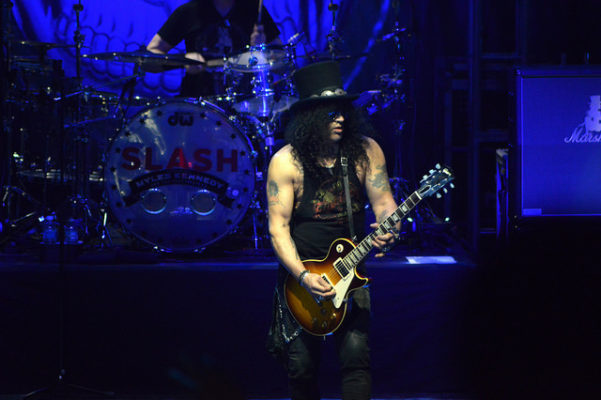 As more and more artists find ways to keep busy during the pandemic, fans are being treated to new music more than ever. Guns N’Roses legend, Slash has released a new instrumental track.

The song is a cover of ‘Where Do I Begin’? which was the theme for the 1970 film, ’Love Story’. The original song from the film had legendary singer Andy Williams provide the vocals.

The film was produced by Robert Evans who passed away last year. Slash was a close friend of Evans and recorded the track in memory of the film producer. The Guns N’Roses guitarist plays both acoustic and electric guitar on the song. He also posted a video on Twitter of him recording the track.

Thank you @Slash for the magic sound ! And thank you Meegan for sharing this moment!⁣
⁣
🎥: meeganhodges ⁣( IG ) pic.twitter.com/eKtLd7zOo2

Love Story is considered one of the best romantic films of all time. Two people from the wrong side of the tracks fall in love, overcome many obstacles, but they meet a cruel twist of fate in the end.

Evans is best known for his work on films such as ‘Rosemary’s Baby’, ‘Chinatown’, ‘Love Story’ and ‘The Godfather’. Evan’s led an eventful life as he worked on some of the best films of all time and was married on seven occasions. He was found guilty of cocaine trafficking and was involved in the cotton club murder case.

Slash has had a busy 2020. He recently collaborated on Rage Against The Machine’s Tom Morello’s solo album and contributed to the Sixx:A.M. song ‘Maybe It’s Time’. Slash has also reportedly been working on material for a new Guns N’Roses album, yet details have not been released yet.

The rock icons were due to play Dublin’s Marlay Park this year, but the concert was cancelled due to the pandemic. A new date was rescheduled for June 22nd, 2021. You can all the ticket information here. Check out Slash’s cover of ‘Where Do I Begin’? below.