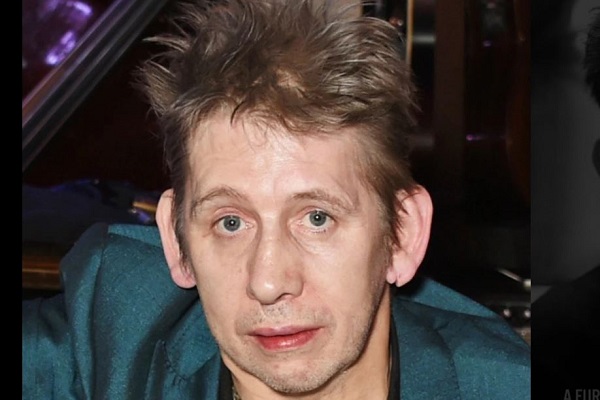 Shane MacGowan has said that he cannot wait for the release of the upcoming Bono memoir. The Pogues music icon also hopes that the U2 frontman’s hell raising antics get a mention in the book.

Shane and his wife Victoria Mary Clarke have a friendship with Bono which can be traced back years.

Happy belated birthday Bono, here’s a sketchy sketch of the Big B drinking Guinness from the #crockofgoldbook which is available for preorder on the website #Bono #U2 https://t.co/VTc7pQaOaE pic.twitter.com/E1IBY6gUNb

According to a press release, the book will explore everything from, “from his early days growing up in Dublin, including the sudden loss of his mother when he was 14, to U2’s unlikely journey to become one of the world’s most influential rock bands, to his 20 years of activism dedicated to the fight against AIDS and extreme poverty”.

Reacting to the news of the impending memoir, Shane MacGowan could hardly contain his excitement.

“Can’t hardly wait to get my hands on Bono’s memoir!”, he wrote. “It will be some salaciousness!!!”.

Victoria Mary Clarke, is surprised that Bono has not put pen to paper and told the world about his life already.

When asked if her husband expects some juicy stories regarding some hell raising antics to feature in the book, she added, “He’ll be very disappointed if not!”.

“I think when close friends write their life stories, you want to be in it don’t you?”, she continued. “He’s really looking forward to it, we both are”.

“I’m surprised Bono hasn’t done it before. He’s incredibly reflective, himself and Nick Cave are probably the two most reflective people I know”.

“He’s what you would call a proper seeker of knowledge. He thinks about everything, puts so much time and effort into everything”.

“He has so much energy! The amount of work he gets done is just incredible, you think how does he do it and manage to have a social life”.

“I mean Nick Cave doesn’t drink but Bono does drink! I always find myself leaving events before him”.

“I don’t think he (Bono) gets just how good he is. He will put one million per cent into the project”.

“He told me he was writing it at the time and I can’t wait to read it”.

Bono and MacGowan have been friends for a long time, with the Pogues having opened many U2 shows in the 1980s.

“It’s been an incredibly helpful friendship”, Victoria explained. “In the 80s the Pogues supported U2 who obviously went on to be massive, while the Pogues didn’t quite break America to the same extent!”.

“But they are very close. Bono is almost reverental to Shane, it’s very sweet. And it helps keep him (Shane) going when he’s maybe a bit under the weather”, she added. “Their friendship means a lot”.

Shane MacGowan has been busy when it comes to the literary stakes himself. His book and documentary A Crock of Gold: A Few Rounds With Shane MacGowan have already been released. More on this here.