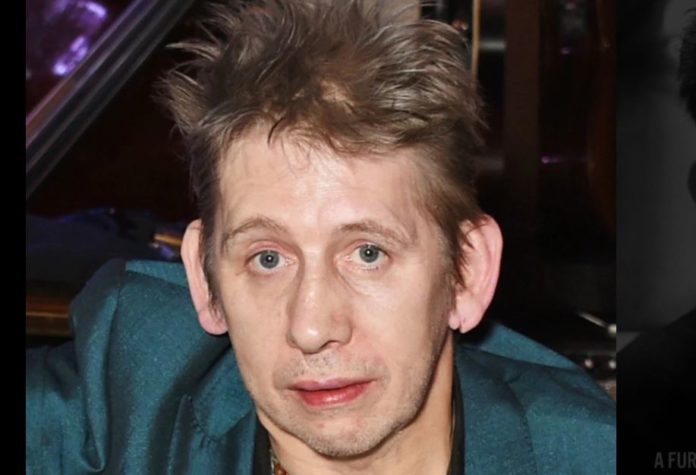 Pogues legend Shane MacGowan is to spill the beans on his bizarre antics in a new uncensored book.

The legendary musician has taken part in a series of interviews for a book called, A Furious Devotion: The Authorised Story of Shane MacGowan.

The book will be released in October. It was also reported that author Richard Balls had conducted a series of interviews with MacGowan in his Dublin home. Shane’s wife Victoria Mary Clarke will also be interviewed. Her father Maurice and sister Siobhan will also feature.

“My biography of Shane MacGowan, written with the cooperation of @ShaneMacGowan, @Victoriamary, @EtainsDream (Siobhan) and his father Maurice, will be published on 7 October by @OmnibusPress”, Balls tweeted.

This comes after the film Crock of Gold A Few Rounds with Shane MacGowan hit Irish cinemas last December. More on that here.

Victoria Mary Clarke said this book will be “very different” to her own previous material, A Drink With Shane MacGowan.

“It’s completely different because he (Richard) has gone out and interviewed a load of people for it, whereas mine was a series of one on one chats”, she said. “It’s exciting. The cover looks great”.

“Getting stuff out of Shane is hard, not because he doesn’t want to co-operate but because he’s in a wheelchair and watches TV all day with the volume up loud”, Richard had said previously.

“But he’s always listening and coming back to me”, he also added.

Balls also hailed MacGowan as a “clever, insightful person”. “It’s a privilege to hang out with Shane, doing what most fans would cut off their right arm to do”.

“Thought he’d been in a car accident”

The book is bound to include some of Shane MacGowan’s bizarre anecdotes back in the days of the Pogues.

One such story includes how the singer had one too many and ended up falling out of a moving van, whilst touring in Japan.

Pogues mandolin player Terry Woods explained, “There were two vans sent to pick us up and Shane was in such a state he had the second van all to himself”.

He continued, “The Japanese are really polite and this guy ran around to open the door and Shane was so p***** he just fell out in the street”.

“He was bloody and knocked himself out”, he added. “When we took him back to the hotel they thought he’d been in a car accident”.

During a tour in New Zealand, MacGowan encountered Maori warriors. The singer claimed he heard Maori spirits. He was later found completely naked and covered in blue paint by the Pogues’ tour manager.

“This particular night, I started getting a very strong, totally real feeling that the Maoris were talking to me, telling me that I had to show that I was one of them” Shane admitted.

“And that the hotel walls were all wrong and they should be covered in wall paintings”, he continued.

“So I painted all the walls in the bedroom and then all the sheets and furniture”.

“Then I took off my clothes because the Maoris were saying that the final proof of my allegiance to them was that I had to paint myself blue”, he also added.

Todd Rundgren Will Not Attend Rock & Roll Hall Of Fame...