Home News Shark Attack In Australia Brings Total To 8, The Highest Since 1929 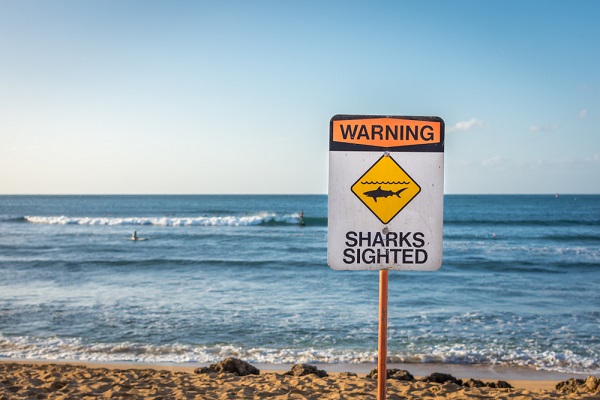 A man died Sunday after being attacked by a shark in Western Australia state. It is the eighth fatality in the country this year. Police were called to Cable Beach, a popular tourist spot on Australia’s Indian Ocean coast, at about 8:40 a.m.

Charles Cernobori (55) was pulled from the water with serious injuries and treated by police before paramedics arrived. Police said Charles died at the scene.

Following the attack, it was reported that police shot the suspected tiger shark 25 TIMES. Although, the shark did not appear to be injured and authorities are still hunting for the beast.

Police said the shark stayed close to the shore for almost half an hour after the attack. Although the species of the shark was not confirmed, locals told reporters it may have been a tiger shark. Tiger sharks sometimes come close to the shore, hunting shoals of small fish.

A couple on the beach saw Charles thrashing in the water and rushed to drag him to safety. Troy Ridley, who was swimming nearby, explains the moment he and his wife spotted Charles after the attack.

“I saw him approaching the shoreline, and that’s when I saw the big, massive dorsal behind him,” he said. “I’m thinking: ‘Here we go, this is not going to be pretty’, and it certainly wasn’t.”

Troy added: “I had some rope in the car, and I tied a loop in one end and wrapped it around his leg and tightened it as hard as I could and tried to stem the blood flow. I offered CPR, I tried to revive him, but honestly, I just did the best I could.”

Charles suffered injuries to his thigh and hand from the shark. He was rushed to hospital, but reports say he tragically died at the scene.

The beach was immediately closed off by park rangers and a fisheries vessel was assigned to patrol the area. There now has been a total of eight shark attack fatalities this year. That is Australia’s highest number since 1929, when nine people died. The introduction of shark nets at popular beaches in the 1930s led to a significant fall in fatal attacks.

Kimberley District Office Police Inspector, Gene Pears told reporters that the victim had been body boarding about 30 to 40 meters (100-130 feet) from the beach when he was attacked.

“It’s a tragic incident, very unexpected, a person going out to have a bit of fun in the water,” Pears said.

Decade Of Thievery On Robbing Island