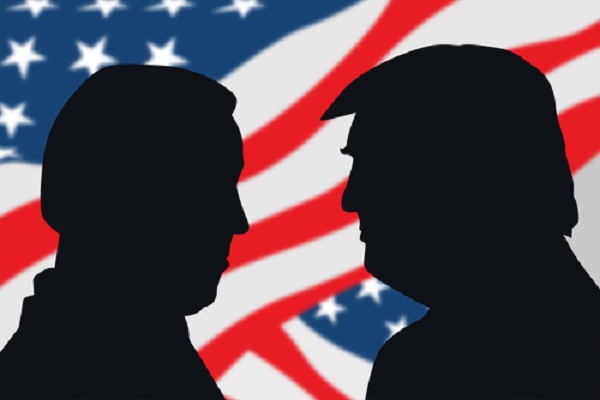 The presidential election campaign produces some golden moments along the way. Many people of both sides have been disagreeing with one another. Some even disagree with a placement of a sign.

The US Presidential Election is heating up as we edge closer and closer to November 3rd. President Donald Trump and Vice President Mike Pence square up against Joe Biden and Kamala Harris of the Democratic party.

The race has had some fiery moments throughout the campaign but, it seems it is just as fiery amongst supporters.

There have been many stories on this matter as voters of both sides have been trying to deface or, steel signs. Sign owners came up with ways in dealing with this problem. Supporters have gone as far as to protect theirs, with some installing CC-TV to capture the culprits on camera. For others, setting booby- traps is the solution to protecting them.

One city worker in Michigan, cut his hand open after he tried to move an illegally placed Trump sign. It had been secretly fitted with razor blades.

Earlier this month, a bomb squad in Maryland calls out to check on wires attached to a Trump sign. Upon inspection, the wires turn out to actually be a makeshift alarm to deter thieves.

A locally notorious group of Facebook livestreamers in Arizona have another solution. They crouch for hours at a time in bushes, hoping to catch the culprit in action.

Things get a little crazy with campaign signs over the years. A 15-foot sign – made out of 19 bales of hay, spelling out “USA VOTE BIDEN HARRIS 2020,” – was set on fire.

“It wasn’t an anti-Trump thing; it was just to match the pro-Trump banners,” farmer Dicken Crane told reporters.

Fears That DART Underground Could Be Shelved By Government