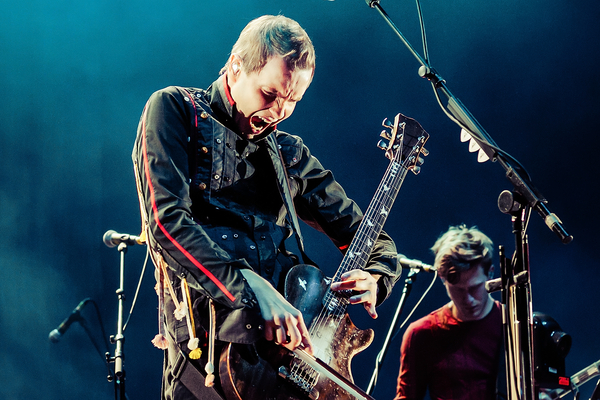 The tour will be the group’s first time hitting the road in five years.

They’ve currently just announced shows in the US, Canada and Mexico, with further legs expected to be revealed later.

World Tour 2022 starting with Mexico, USA and Canada. Tickets on sale 25th February 9am PT / 12pm ET. Mexican shows on sale 26th at 11am. Please note these will be our only North American shows on this world tour. https://t.co/hZZFtxD1sX#sigurroslive pic.twitter.com/KLrbaeOxr7

Those North American dates are:

Earlier this month Sigur Rós announced that former band member Kjartan Sveinsson had rejoined the group after an absence of almost a decade.

Sveinsson quit the band in 2013 after being a member for 15 years, claiming he wished to “do something different.”

The band decided not to replace him.

“We never thought about getting somebody else to replace him,” frontman Jónsi said soon after Sveinsson’s departure. “I think we just wanted to keep on with the three of us.”

Sigur Rós announced news of the reunion by sharing a screenshot of Jónsi, Sveinsson and bandmate Georg “Goggi” Holm on a video call together.

“Two old faces and one new old face,” the band captioned a social media post. “Three of us happy to be back together and doing what we love doing. Exciting times ahead.”

Two old faces and one new old face. Three of us happy to be back together and doing what we love doing. Exciting times ahead ❤️ pic.twitter.com/hBWxeUWkOr

The band have only released one album – 2013’s Kveikur – since Sveinsson left, along with contributing to the 2020 Odin’s Raven Magic soundtrack album.

Sveinsson will now join the band on their tour and will also join them in the studio for a new album. The group has promised to debut new material throughout the tour with their latest album dropping later this year.

It’s yet to be confirmed if Sigur Rós will hire a new drummer for the upcoming album and tour. In 2018 drummer Orri Páll Dýrason left the band after he was accused of sexually assaulting a fan, an allegation he denies.

Sting Admits He Regrets The Police Reunion Of 2007