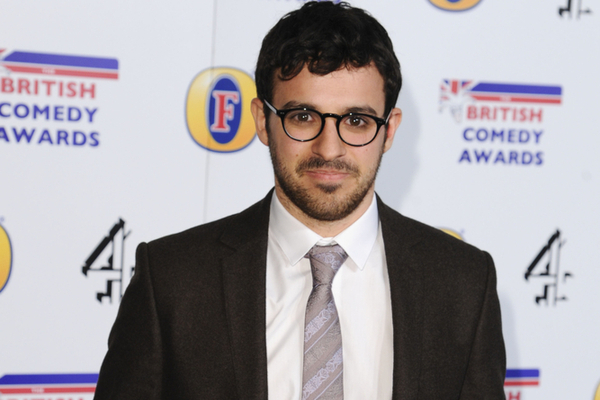 Inbetweeners star, Simon Bird performed his debut stand-up special to an empty theatre and is available to watch now. Bird, who also starred in Friday Night Dinner, took to the stage for his show, Debrief, which airs exclusively on All4.

Performed last month to an empty London Boulevard Theatre, Debrief touches on topics such as nationalism, sexism, the environment and, the NHS. The special stand-up skit was written and produced the in the “vacuum” of the coronavirus pandemic. Earlier this year, Simon spoke about his determination to escape from his identity of Will McKenzie from the Inbetweeners sitcom.

“Can you even really call yourself a stand-up comedian if you’ve never heard a single person laugh?” Simon joked. My career [depends on] being able to wriggle free of being Will from The Inbetweeners. I’ve been trying to escape his shadow.

“The need to [escape our characters] has become apparent to all four of us [in The Inbetweeners] over time,” revealed Simon. “When the films came out and they were hits, we all hoped they would lead to new opportunities for us. The reality is there’s not much comedy made in this country. If you’re associated with a big role, I can understand why the makers of other series wouldn’t want you. You’re bringing baggage with you and they’re trying to create new characters. It makes total sense…”

However, Simon added that he does not consider his fame from the Inbetweeners projects to be a “huge burden”. The funny man said the projects always “felt like we were doing something new” and never made the cast feel “like we were outstaying our welcome“.

Simon revealed that “nobody had watched the first series” and said Channel 4 were even “seriously considering cancelling it”. To the cast, getting a second series “felt like a bonus”, while the making the film felt “absolutely ridiculous. It felt like a joke that we were allowed to keep doing it. It never felt like we were outstaying our welcome”.