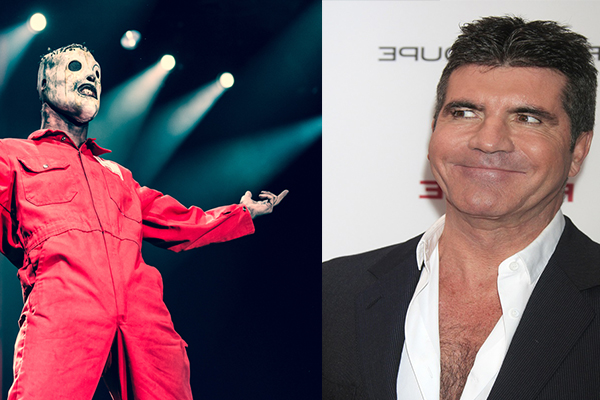 Simon Cowell has lashed out at Slipknot and Corey Taylor after their new record ‘We Are Not Your Kind’ bagged No. 1 in the United Kingdom.

According to The Sun, Cowell vented his pop spleen and took a pot shot at the masked metallers:

“You all know I’m a pop guy – I mean, I’ve made millions from One Direction, Little Mix, Olly Murs, and so on. So I wasn’t impressed Ed Sheeran – one of my faves but not a money-spinner for moi, annoyingly – has been knocked off the No. 1 album spot by some weirdo masked group called Slipknot. Hideous. We Are Not Your Kind is their first No. 1 record in 18 years. I wonder if they’ll do X Factor All Stars next year. With a snappy dance routine and a makeover, they might have a future.”

Corey Taylor took to Twitter to mock the pop tool, “Hahaha he’s still pissed I threw a ‘Hi Simon’ into the end of ‘X-M@$’ 😜.”

Taylor has been celebrating the success of the new record:’

“#1 album in several countries & counting. Thank you to the Maggots worldwide. And don’t listen to ANY voices but your OWN. It’s the only one that matters.”