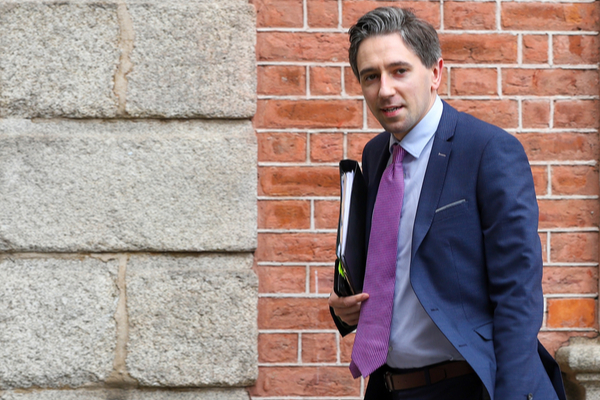 Minister for Higher Education Simon Harris has said that councils must “up their game” as the country prepares for an outdoor Summer. Harris also added that “finger wagging” was not the solution.

This comes after local authorities were on the receiving end of some strong criticism for lack of preparation to handle large crowds of people gathering in public.

Last week, large crowds flocked to the Dublin City centre. But with an emphasis being placed on outdoor socialising this Summer, local authorities have received huge flack for not providing enough adequate facilities.

These scenes of large gatherings were also criticised by the CMO. Dr Tony Holohan who tweeted his displeasure at the large crowds gathered in Dublin last weekend. More here.

Since them, Tánaiste Leo Varadkar did say that footage of large gatherings being released online, can lead to an “overreaction”. More on that here.

However, former Health Minister Simon Harris has since defended Dr Holohan’s comments. He also added that local authorities need to do more to plan for the return of outdoor dining next week.

“I think Dr Tony Holohan has just steered our country through a very difficult time”, Harris said. “I’ve nothing but praise and gratitude for his work”.

On the councils’ role in reopening the country, Harris added, “On the broader issue I think our councils really need to up their game in this regard”.

“In Dun Laoighaire Rathdown they seem to have done a very good job preparing, some (councils) haven’t”.

“I do think we’re going to be at a different situation when the reopening of outdoor dining and outdoor pubs starts from Monday”.

“Not in any way a judgement”

While he did not condone the actions of people who congregated in Dublin last week, Harris refused to pass judgement onto those involved.

He also said that assigning blame is not the solution.

“I think what happened last weekend, and this is not in any way a judgement, we had really good weather we had lots of people who wanted to meet up and see people outdoors”, Harris said. “They had been told outdoors was safer and they didn’t have many places to go”.

“And that caused congregation. So rather than finger wagging I think we have to look at how do we better prepare for that”.

“How do local authorities better prepare and I do think as we see more places open now there will be more places for people to meet”.

The Higher Education minister also said that college students will return to campus in September, following a “rotten year”.

Spending Boom Ahead as Entertainment Sector Reopens and Consumers Dip into...