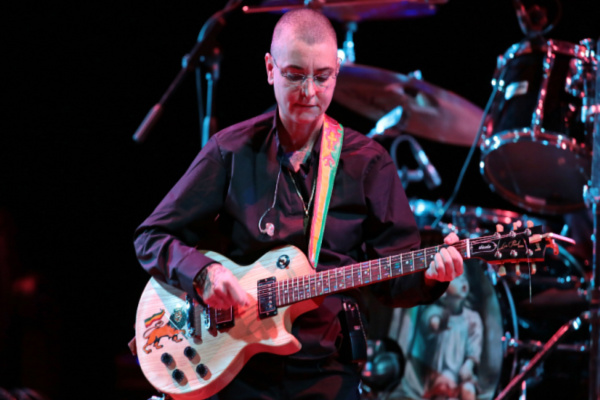 Sinead O’Connor has called off all live shows for 2022.

This cancellation includes an upcoming show at the Heineken Big Top, as part of Galway’s International Arts Festival.

The singer’s management team confirmed this news, as she takes time away from the stage to focus on her mental health and well being, following the tragic death of her son Shane earlier this year.

“The utmost respect and dignity”

Confirming the news regarding her cancelled shows, Sinead O’Connor’s management team said in a statement that the singer will need time focus on her well being and grieve for her son.

“We would like to respectfully announce that due to continuing grief over the tragic loss of her beloved son Shane earlier this year, Sinead O’Connor will not be performing live in 2022”, her management team said.

“This has not been an easy decision for Sinead but a decision she has had to make for her own health and wellbeing at this time”.

They also added, “We would like to extend our thanks and appreciation to Sinead’s worldwide agency ICM who have handled this with the utmost respect and dignity and have worked tirelessly”.

“We would also extend our gratitude for the continuing support and understanding of local and international promoters”.

“Thank you also to Sinead’s friends and fans whose support and understanding we hold in the highest esteem throughout this period. The love being shown has been a source of great comfort and peace for Sinead”.

Just days after his death, Sinead O’Connor was also admitted to hospital with fans growing increasingly concerned about her welfare.

However, Sinead was quick to assure fans that she was safe. She wrote, “I am with cops now on way to hospital. I’m sorry I upset everyone”.

Back in January, it was also confirmed that the estate from the late singer Prince had banned the song ‘Nothing Compares 2 U’ from featuring in the critically acclaimed documentary about her. More on that here.

The Stunning To Hit Dublin’s Olympia In December