Home Music Sinead O’Connor Wants To Outlive Bono So He Can’t Talk At Her... 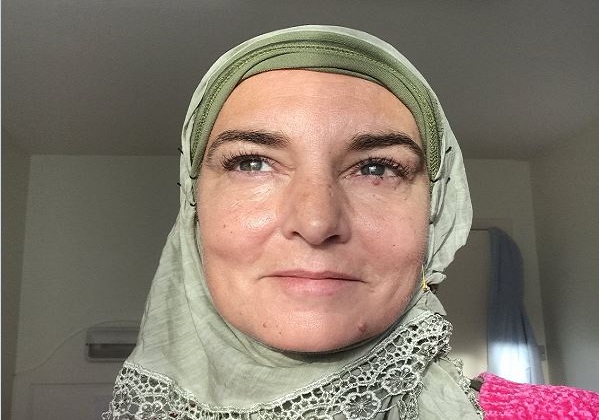 Sinead O’Connor has mocked Bono after claiming that the outspoken singer hopes to live longer than him so that he can’t talk after her death at her funeral.

The singer, who now calls herself Shuhada’ Davitt after converting to Islam, took to Twitter. She gave her thoughts  as well as posting videos of her doing an impersonation of Bono, in which she outlines her “#ReasonsToKeepLiving”.

You wanna know what finally stops me whenever I feel suicidal (rarely) since 2016 (ain’t done anything silly since then) is the idea Bono might speak at my funeral ; ) #ReasonsToKeepLiving

He’d shite on, is the thing.

O’Connor caused concern in 2017 when she posted a video on Facebook informing viewers that she was suicidal. O’Connor/Davitt also posted remarks about how Bono would “shite on” at her funeral.In a clip she does Bono attempting to say her new name: “‘Sinead, Magda, Shuhada’, what’s her name – oh wasn’t she just so much trouble?’”

“‘Girls are supposed to be beautiful and sexy and all of that stuff. But oh, didn’t we love her, national treasure – bleh.’ Reasons for living, definitely best reason for living. Must stay alive longer than Bono. Sorry Bono, but I couldn’t fucking resist.” Check out the clip:

Recently, O’Connor said that she never wanted to spend time with white people again. Read more about that here.

Win Copies Of McCartney III All Weekend On NOVA + Exclusive...