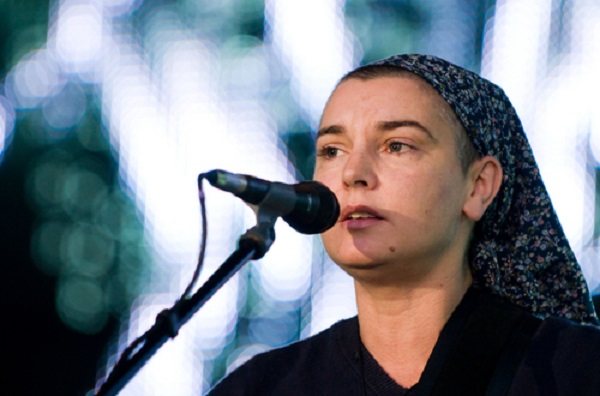 Sinéad O’Connor has been left in shock after receiving praise from singing legend Bette Midler for her upcoming memoir “Rememberings”. The book is due for release on June 1.

The memoir will explore O’Connor’s childhood in Dublin, her many controversies and battles with mental illness. It was also talk about the success gained from her cover of Prince’s “Nothing Compares 2 U”.

The autobiography will also recall her infamous appearance on the Saturday Night Show in 1992. During that appearance, O’Connor tore up a photograph of Pope John Paul II in a protest of the Catholic Church’s attempts to cover up sexual abuse.

“Brilliant and so real”

Now, Bette Midler took to Twitter to give a big thumbs up for this memoir. She said that O’Connor was “right about everything”.

“She is brilliant and so real. Always”, she tweeted.  “When O’Connor tore up the pope photo, she was spot on and brave”.

She continued, “Only spineless people with little depth faulted her. I am also a recovering Catholic, and the hypocrisy, greed and misogyny of the church is astounding”.

“It’s hard to forget that specific pope as he said wearing condoms was a ‘sin’ in countries ravaged by AIDS. Morally bereft”.

“O’Connor, on the other hand, is simply who she is and not interested in appeasing anyone or making false moral claims”.

“Love, love, love her. I know what it’s like to be a woman who speaks honestly and not in a fake demure way”.

“We pay a price, but as we age, we really appreciate ourselves and care not what others think. Go girl”, she added.

This tweet was met by an understandably shocked Sinéad O’Connor.

Under Midler’s tweet, O’Connor responded,  “Oh my effing God! Bette Midler! I have adored her for years! Her tweet had totally made my day!! What a wonderful joy to wake up to!!! Love you, Bette… so much”.

“OMG! Bette!!!’ You have no idea how much I have always adored you! Always wanted to sing with you! Your tweet had made my day!!! I love you”.

As mentioned, Sinéad O’Connor achieved huge success when she covered Prince’s track “Nothing Compares 2 U” in 1991.However, following the success of that cover, O’Connor claimed that Prince violently attacked her in his Hollywood home.

She claimed Prince, “chastised her for swearing in interviews, harangued his butler to serve her soup though she repeatedly refused it, and sweetly suggested a pillow fight only to thump her with something hard he’d slipped into his pillowcase”.

In this upcoming book, Sinéad O’Connor branded Prince a “violent abuser of women”.

“You’ve got to be crazy to be a musician but there’s a difference between being crazy and being a violent abuser of women”, she said.

O’Connor had previously promised to spill the beans on her bust up with Prince “when I’m an old lady and I write my book”.