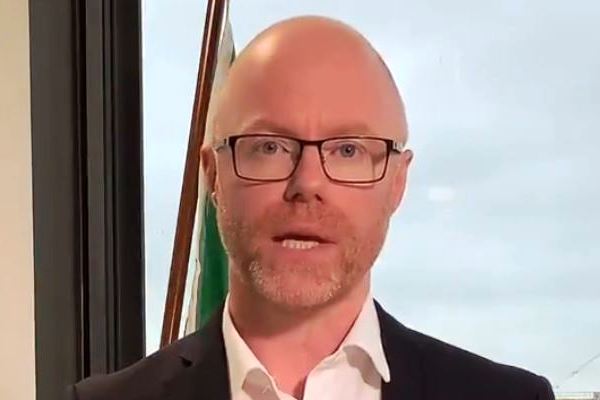 The Sinn Féin leader has ridiculed the government’s ability to deliver vaccine programme.

Minister for Health Stephen Donnelly faced an afternoon of intense criticism in the Dáil over vaccination targets.

Minister Donnelly arrived into the Dáil chamber announcing that while last week’s vaccination target was missed due to an under-delivery from AstraZeneca, it would be made up.

He also said people in Cohort 4 on the vaccine list, who are high risk because of underlying conditions, will start getting vaccinated next Monday.

”Now we know Europe have made a balls, quite frankly, of procuring vaccines for our nations. Our supply procurement has been an abject failure.”

Outside the chamber Sinn Féin leader Mary Lou McDonald was asked if she had confidence in the Minister:

After coming under fire from a number of TDs, Minister Donnelly hit back at Independent Peter Fitzpatrick: