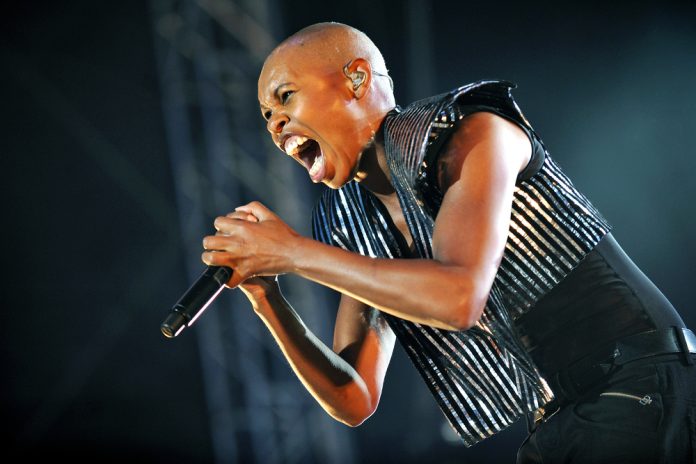 Skunk Anansie made rock history when the band headlined Glastonbury in 1999, The legendary slot enshrined Skin as the first black woman to perform as a top-billing act at the festival.

Speaking to the Guardian via the NME, Skin was irked by the fact that Beyonce reportedly claimed the historical milestone when she headlined the festival back in 2011.

The revelation came to light as SKin discussed the fact that Stormzy had made mistaken claims to be the first Black British artist to headline Glastonbury this year.

“If I’m really honest. I was way more irritated when Beyoncé said she was the first black woman. I really like Stormzy and I think he does a lot of good. I would never tear that guy down and I would never start a beef and take that moment away from him. But I had to stick up for myself.”

In Stormzy’s defence, the grime artist also realised the error of his ways and had personally sent Skin a message:

“The guy has so much class. He DM’d me personally and it was a lovely message,” she said. “We had a little conversation. We’re all proud of the fact he’s a black man, doing the black man things.”

The singer concluded that there was a strong case for another British black artist to be regarded as the first to headline Glastonbury:

“At the end of the day – and I don’t want to offend any Keith Flint fans out there – but you could argue Maxim was a frontman of The Prodigy. And they beat us to it in 1997!”