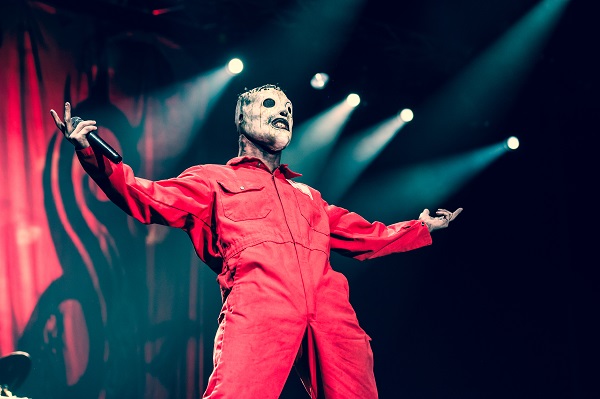 Last week, Corey Taylor, frontman with Slipknot incurred an injury whilst making his way to the stage. That was on the final stop of the rockers’ European stint of their Knotfest Roadshow in Helsinki.

According to Antimusic, the singer endured a fair amount of pain when an oxygen tank allegledly fell on Corey’s foot as he was coming on to the stage for the gig last Monday, February 24th).

Despite the discomfort, Taylor carried on with the show!. He informed the audience as he hobbled around:

“There’s no way that we’re not f***ing playing this f***ing show, I’m just letting you know. I may have to hobble around, and just fight through it. But I’m gonna give you everything I’ve got god damn it.”

The band then blasted a version of “Nero Forte”. Chekc out some some fan fan footage below: