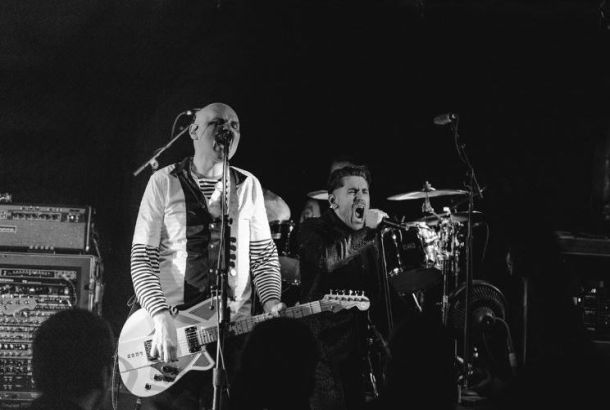 Following the release of “Solara” over the summer, the Pumpkins have shared a second new song called “Silvery Sometime (Ghosts)”. There’s a teaser for the track below.

In the run-up to the launch of their reunion tour, Smashing Pumpkins’ Billy Corgan, James Iha, and Jimmy Chamberlin hit the studio with producer Rick Rubin to deliver a new album. That full-length record is reportedly due out in November.

The return marks the first time the band’s near-complete classic lineup recorded together in nearly 20 years.

According to the BBC’s Lauren Laverne, who premiered the song, the Pumpkins will release a full-length record produced by Rubin in mid-November. It will mark the band’s first album featuring Corgan, Iha, and Chamberlin together since 2000’s Machina/The Machines of God.