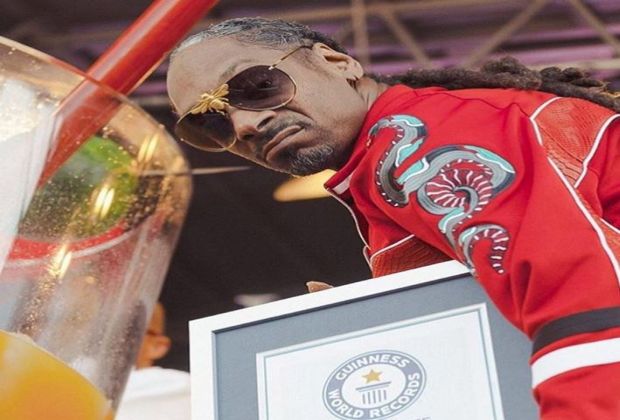 Snoop Dogg has become a Guinness World Record holder after he mixed the world’s largest gin and juice in honour of the rapper’s hit tune…em it’s called Gin & Juice. Make mine a double.

Appearing at the BottleRock Napa Valley festival, Dogg used the event attempt to make a paradise elixir that would go down in history. According to The Drinks Business, ‘the area might be better known for its Cabernet Sauvignon blends.’ However, that didn’t deter the rapper from mixing up his favourite cocktail.

The finished serving measured at more than 132 gallons! According to Guinness, the generous gin and juice utilised 38 jugs of orange juice, 154 bottle of apricot brandy and a bank breaking 180 bottles of gin. Snoop celebrated his record break on Instagram with a picture of himself holding the world record certificate.

In my @djkhaled voice another 1

The caption simply reads, ‘In my DJ Khaled voice, another one’. Referring to the Rapper DJ Kahled and presumably alcoholism in general. Please drink responsibly.