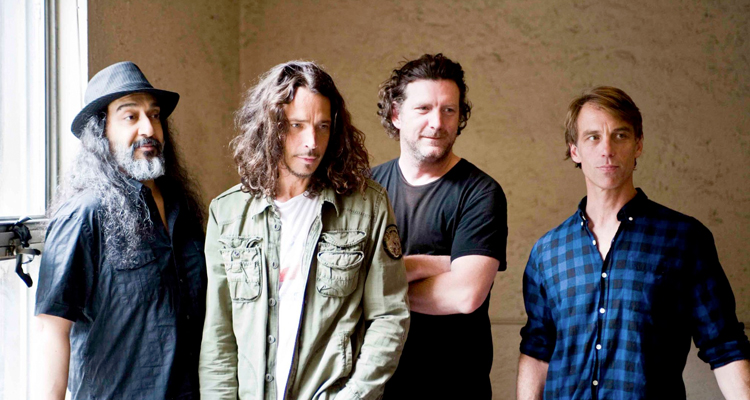 However, in a recent Kerrang interview, he has now dubbed the evening ‘sort of a clusterf**k’ with celebrity ‘bullshit’ that was ‘a little bit uncomfortable.’

Thayil appeared to be alluding to many celebrities who guested on the night that didn’t have any known connection to the late Soundgarden and Audioslave singer.

The guitarist was adamant that Brad Pitt, Rita Wilson, and Josh Brolin were excluded form the list of questionable appearances as they are known friends of Cornell.

“The best thing about it was playing those songs again with Matt Cameron and Ben Shepherd, and the next best thing was having our friends and guests join us.”

Thayil continued: “The rest was a little bit uncomfortable. It was sort of a clusterf**k. It was picking at an open wound, emotionally, and nobody was that thrilled to do it.”

The Soundgarden axeman made it clear of the emotional importance that the evening held for him: “We were thrilled to play the songs for our audience and to play with each other on stage. The takeaway was the band being together with our family, crew and friends. To see that family together again was love.”

“Everyone was happy and teary-eyed. It was the Soundgarden family together, doing what Soundgarden does and honouring and missing our beloved, departed member. That was important.”

However, Thayil didn’t have much time for the apparent opportunism he felt was going down on the night:

“The rest of it – the celebrity nature, promotion, and focus was bullshit, and we knew it was bullshit going into it. We did it for each other, to support Chris’s legacy. There was something awkward and un-intimate about it. It’s hard for me to wrap my head around it, but I’m glad we did it for our friends and family.”

Alternative Nation reports that’s to finish their final record that was in the demo stage in May 2017 when Cornell sadly ended his life by.

However, the media outlet makes it clear that the axeman did not directly address Chris Cornell’s widow Vicky Cornell or estate management by name.