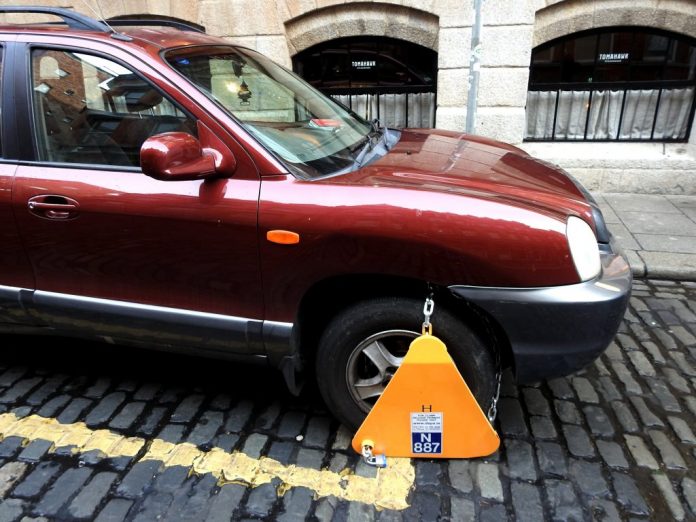 The South Circular Road is the worst blackspot for illegal parking in Dublin.

It’s taken over Mespil Road as the location with the greatest number of clamped vehicles.

Overall the number of vehicles clamped is down 23%.

That’s being put down to more people taking public transport due to the storms and improved driver behaviour.