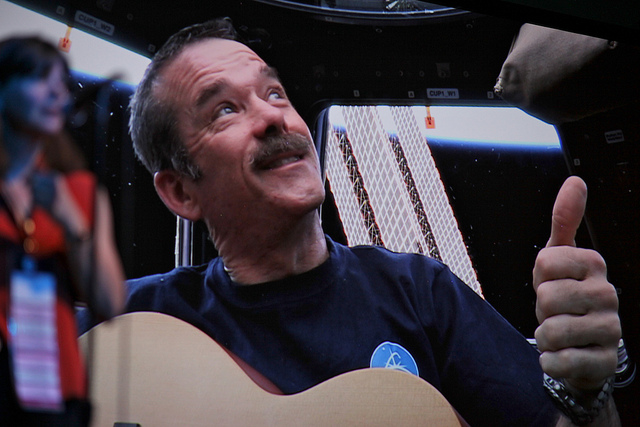 Chris Hadfield, the astronaut who went viral for his antics on the International Space Station, is planning to release an album.

The Canadian covered David Bowie’s ‘Space Oddity’ from outer space a couple of years ago, and people all over the world couldn’t help but be impressed at the man singing lyrics like…

…while actually floating on the International Space Station.

Now the 55-year-old retired astronaut says his album will be a “human first” as it’ll contain guitar part and vocals recording during his time orbiting the Earth.

Hadfield said: “The serenity and grace I felt while orbiting our Earth, weightless by the window, gave a whole new place to write and perform music”.

No word on when the album will be released, but if Hadfield’s to be believed, it’ll be out of this world…(Sorry!)

Check his Bowie cover out below…

Scott Asheton passes away at 64