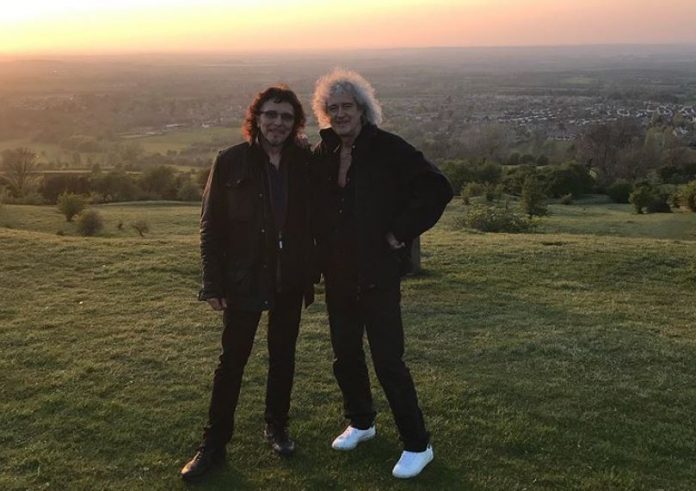 Last week Nova revealed that Black Sabbath’s Tony Iommi had shared a photo with Queen guitarist Brian May and announced that he’s found about 500 riffs!

The two musicians have been long-standing buddies and it seems that they might be collaborating on new music.

The social media post sparked a rumour that the rockers could be up to something. Iommi has shared more posts thus adding fuel to the speculation fire!

A different photo with my best friend

Tony Iommi’s Instagram posts hints of a possible collaboration with May. However, as Noise11 points out, it could have just been mates spending the afternoon together.

The pair first alluded to a collaboration back in 2013. To date, no music from the rockers has ever surfaced. Iommi has been relatively inactive since Black Sabbath ceased operations in 2017.

Queen guitarist, Brian May, has a world tour set to kick off in 2020 but has a few months spare at the moment. Iommi’s focus is mainly on a reissue of the 1995 Black Sabbath album ‘Forbidden’ which is being given the remix treatment.