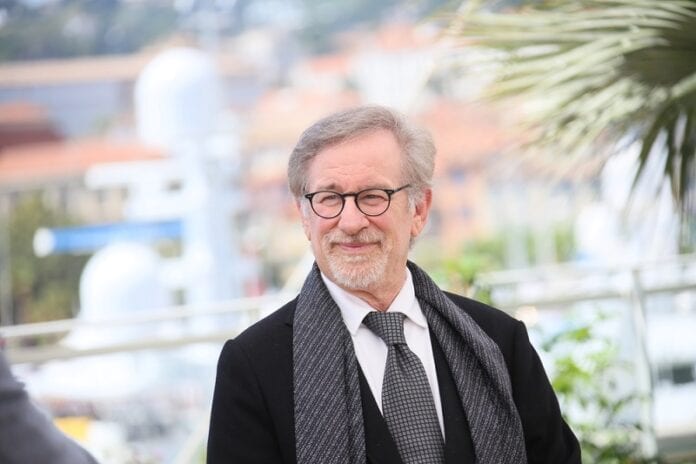 Seth Rogen is on board for Steven Spielberg’s next directorial effort, with the actor playing a character inspired by the director’s uncle. The untitled film is loosely based on Spielberg’s childhood years in Phoenix, Arizona, with Michelle Williams earmarked to play the protagonist’s mother.

Spielberg co-wrote the script with Tony Kushner, with whom he worked with on Munich, Lincoln and West Side Story. Spielberg, Kushner and Kristie Macosko Krieger are producing the project, which is hoping to release in 2022. Scarce details are known of the plot, although the film will focus on a young protagonist growing up in Phoenix, Arizona.

The search continues for young actors to complete the cast, one of whom will play the role inspired by a young Spielberg. Rogen was last on-screen with HBO Max’s An American Pickle and his Point Grey Pictures banner has a third season of The Boys in production for Amazon Prime.

The film is set in the late 1950s and early 1960s and will examine the character’s relationship with his parents throughout different time periods. There is a release date for the movie scheduled in 2022 and production is set to go ahead this summer.

The next Spielberg project is West Side Story is due for release on December 10th, after being delayed a year to COVID. The ET director’s adaptation of the Broadway musical stars Ansel Elgort and Rachel Zegler as Tony and Maria. Other cast members include Ariana Debose, David Alvarez, Mike Faist, Corey Stoll, Brian d’Arcy James, Rita Moreno and Curtiss Cook.

As well as teaming up with Spielberg, Rogen recently started his own cannabis company, Houseplant, and produced and starred in The Disaster Artist. Williams will reprise her role in the Sony supervillain sequel Venom: Let There Be Carnage, as well as starring in Todd Haynes’ Fever and Kelly Reichardt’s Showing Up. She won an Emmy and Golden Globe for playing Gwen Verdon in Fosse/Verdon and is a four-time Oscar nominee.

Game Of Thrones Live Concert Experience Is Coming To The 3Arena...