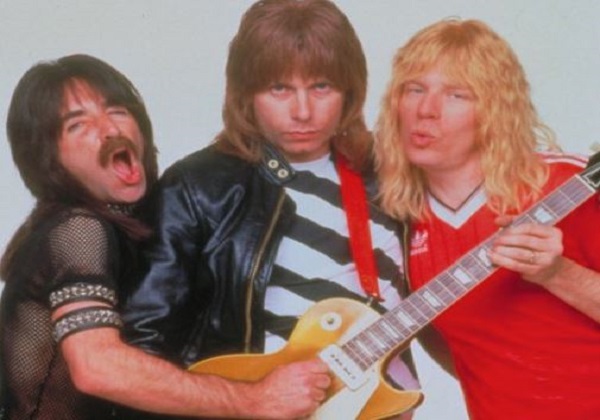 Spinal Tap will reunite for a 35th-anniversary screening of the film “This Is Spinal Tap” at the 2019 Tribeca Film Festival. The 11-setting rockers are set to play after the screening. Director, co-writer and star of Spinal Tap, Rob Reiner, will also be there for an after show chat.

The mock documentary charts the fake heavy metal rock band out on the road. The film was released to virtually no reception back in 1984. Some cinema-goers were convinced that the cerebrally challenged rockers were the real deal.

That was despite losing their drummers in a number of bizarre accidents, having amps that go up to ‘11’ and penning such rock anthems as ‘Big Bottom’ and ‘Sex Farm’.

However, as Blabbermouth observe, word of mouth about the shrewd mockumentary, which lampooned bands such as Status Quo, Led Zeppelin and Black Sabbath, caught on and it became a slow-burning hit.

Responses to “This Is Spinal Tap” were mixed, not everyone got it at first. U2’s The Edge instantly loved it, saying, “I didn’t laugh, I wept. It was so close to the truth.” Ozzy Osbourne didn’t get it at all, admitting that the first time he watched it, he believed it to be a real documentary. Early versions of video release apparently had a disclaimer at the start and end of the filmi notifying viewers the band didn’t really exist.

Director Rob Reiner, once astutely observed the film proved, “there is definitely a fine line between stupid and clever.”