Advertisement
Home Entertainment SPRINGSTEEN ON BROADWAY is coming to Netflix 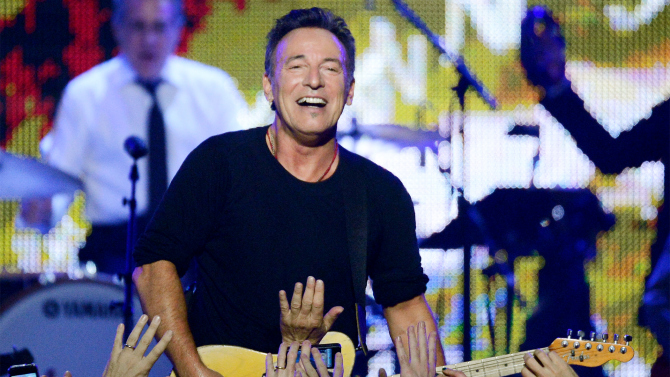 Netflix has announced on December 16 it will release SPRINGSTEEN ON BROADWAY, a film of the solo acoustic performance written and performed by Tony Award, Academy Award, and 20-time Grammy Award winner: Bruce Springsteen.

SPRINGSTEEN ON BROADWAY will launch simultaneously on Netflix in over 190 countries on December 16 at 8am (Irish time) the day after the show’s actual sold-out run concludes on Broadway on December 15.

The ‘Springsteen on Broadway’ soundtrack album will also be released in conjunction with the film on 4 LPs or 2 CDs as well as a digital download and on streaming services.

SPRINGSTEEN ON BROADWAY is based on Springsteen’s worldwide best-selling autobiography “Born to Run” and nothing short of the theatre event of the year. SPRINGSTEEN ON BROADWAY is a unique evening with Bruce, his guitar, a piano, and own stories—including a special appearance by Patti Scialfa. The intimate performance features personal anecdotes and songs including “Born to Run,” “Thunder Road” and “Brilliant Disguise.”

Bruce Springsteen’s sold-out series of performances of his one man show “Springsteen On Broadway” began previews on October 3, 2017 and officially opened October 12 at Jujamcyn’s Walter Kerr Theatre. The show was extended three times after its initial eight-week run, and will close on Broadway on December 15, 2018, bringing the total number of performances to 236.

Check out the full trailer here:

Chanel Creative Director Karl Lagerfeld Dead At The Age Of 85