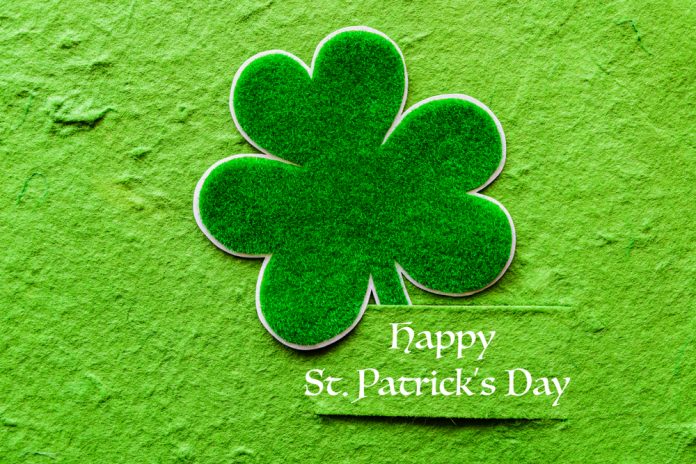 More than 70 million people around the world will claim links to the island of Ireland today.

Over 300 stadiums, museums and towers all over the globe are going green to mark St Patrick’s Day.

Parades will also take music and colour to the streets of cities around the world as well as here at home.

From Rome to Rio and London to Las Vegas, St Patrick’s Day allows people around the world to re-connect with their Irish heritage.

The Sydney Opera House, the London Eye, the Leaning Tower of Pisa, and Niagra Falls are among 300 sites turning green around the world.

Is this the world's largest digital shamrock 😁… displayed on Tower 42 in the City of London for #StPatricksDay #GlobalGreening pic.twitter.com/A73DshVPaS

So is Áras an Uachtaráin here at home, along with heritage sites around the country.

The traditional parades are preparing to march off around the country too.

You can now listen to the #stpatricksday message from President Michael D. Higgins: https://t.co/2yD1IU42ce #Ireland pic.twitter.com/jcpc05Kg5P

Cork’s parade is themed ‘Democracy for all – celebrating 100 years of the vote for women’.

All around the country – towns and cities are celebrating Irish-ness, determined that a rather wintry forecast won’t dampen spirits for the day ahead.