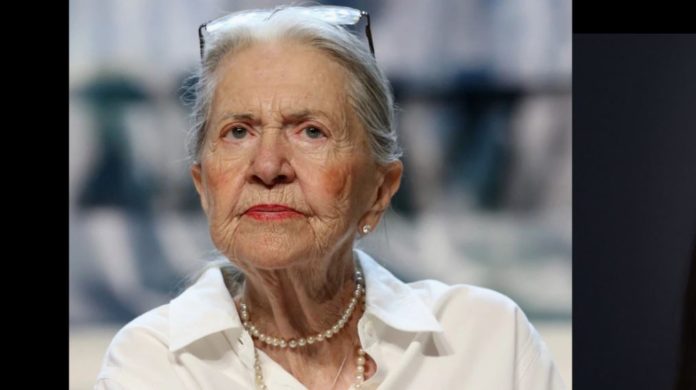 Linville passed away in her home in LA on Sunday (20 June).

She was born Beverley Joanne Linville on 15 January 1928 in Bakersfield, California and was raised in Venice, California.

Linville was known for her roles in Star Trek and Twilight Zone, as well as LA Law, Scorpio, and Columbo.

In Star Trek, she played a Romulan commander who was seduced by Leonard Nimmoy’s Spock which was part of Captain Kirk’s attempt to swipe a cloaking device.

Known for her steller looks and contagious laugh, Linville also appeared on shows such as Alfred Hitchcock Presents, Naked City, Studio One and Route 66.

She also appeared on shows including I Spy, Hawaii-O, The United States Steel Hour and Have Gun – Will Travel To Dr Kildare.

Linville has also appeared alongside household names like Barbara Streisland in A Star Is Born and Kris Kristofferson in the Goddess.

She accumilated a lot of credits from roles in various television shows and films between the 1950s and 1980s, in a career that lasted seven decades.

In 2011, Linville published Seven Steps To an Acting Craft. She also started an acting conservatory under her teacher Stella Alder.

Joanne Linville was “An inspiration to all”

In a statement, CAA said that Joanne was a “one whose spirit, passion for art and life was an inspiration to all who had the pleasure of knowing her”. Her cause of death has not been made public as of yet.

Joanne Linville was married to Mark Rydell from 1962 to 1973. She was the great grandmother of Kingston, the son of Austen Rydell and Billy Lourd.

She is survived by her son Christopher and daughter Amy, as well as her grandchildren Ruby and Ginger.