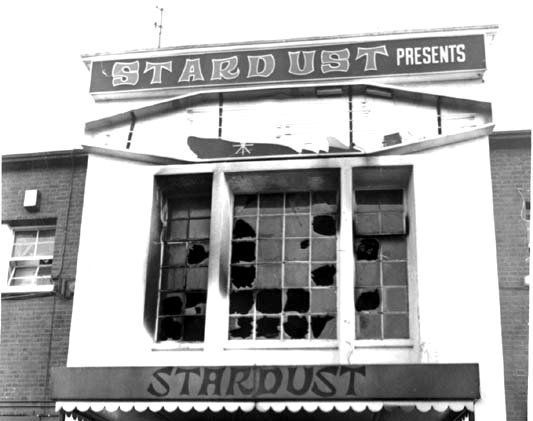 The families of 48 young people killed in the Stardust fire have been told there won’t be another inquiry into the tragedy, the single worst fire in the history of the state.

Forty-eight people died in the 1981 St. Valentine’s Day blaze at the nightclub in Artane, Dublin, and hundreds more were injured in the tragedy.

The cause of the fire was originally said to have been arson – a theory that was subsequently ruled out following a fresh inquiry in 2009 after years of campaigning by victims’ relatives.

A new review of evidence was headed up by retired judge Patrick McCartan who found the cause of the fire cannot be explained and may never be known.

Justice Minister Charlie Flanagan said: “I want to acknowledge the terrible pain and loss of the relatives of the victims and the fact that the report does not come to the conclusion that they would have wished for.”

Finian McGrath, Independent TD and Minister of State for Disability Issues, said the relatives were foremost in his mind. “This will come as a major disappointment to the Stardust Relatives and Victims Committee, which has been working tirelessly for years to determine the cause of the fire,” he said.

“I feel for all the families today as I know that they will be disappointed with the outcome of this assessment. They have suffered a huge loss and their efforts over 36 years are a testament to their loved ones.”

The fire broke out in the early hours of February 14 1981 with more than 800 young people inside. Most of the dead were from Artane, Kilmore and Coolock. Investigations have discovered some escape routes were hindered by emergency exits that were locked by chains.

Judge McCartan’s review found that a dossier on new evidence about the Stardust disaster, which was submitted in July, was “rambling, argumentative, disorganised and at times incoherent”.

It said a 999 call from eyewitness Brenda Kelly, who reported a fire in the roof of the building, could be considered new evidence but it offers no explanation on how the fire started.

The review also found there was no confusion or misunderstanding about the layout of the Stardust based on maps used in previous inquiries. It said: “This assessment would like to acknowledge the grief and trauma experienced by all those affected by the Stardust tragedy, especially the families and friends of those who died in the fire.

In the dossier the Stardust Victims’ Committee claimed Ms Kelly’s emergency call was not in the original Keane report into the fire.

It alleged a second store room in the Stardust venue had been full of combustible material and was open to the roof but had not been illustrated in maps used in the two previous inquiries.

It said the fire was caused by an electrical fault in an area known as the Lamp Room.

The dossier disputed evidence and details given in previous inquiries. Judge McCartan found: “Giving support to any other hypothetical explanation of the cause of the fire would simply recreate this problem.

“In the absence of actual proof of the cause of the fire, there is nothing to be gained by commenting on the different possible hypothetical explanations in this Assessment.”

Judge McCartan described much of the detail in the dossier for the Stardust Victims’ Committee as “theory”.

Antoinette Keegan, who lost her sisters Martina and Mary in the inferno, said the review did not address their concerns and “gave us nothing”.

“We are totally and utterly rejecting his report,” she said.

“It’s just the same old, same old again – political interference. A Commission of Investigation would have cleared up the whole lot. Everything would have been looked at.

It should’ve been the case where everybody had their day in court. But because arson was put on the public record… but the fact was that it was a roof fire.”

Ms Keegan said: “There should never have been a tribunal of inquiry into a fire that killed 48. It should have been our day in court.”

Ms Keegan claimed the theory of arson in the aftermath of the disaster ultimately had the result of preventing families from seeking redress in the courts.

“It’s still the same to this day. They don’t want to do anything,” she said.

“They know the truth is there and they don’t want to acknowledge it.”

Ms Keegan added: “Lets just put it this way, if it had’ve been politicians’ children it would’ve been a different response. Regardless of the area it’s the people, the working class people, but if it had’ve been higher class, the politicians wouldn’t have done a Tribunal of Inquiry they would’ve went every step of the way to get justice for their loved ones.”

The Stardust Victims Committee said all they have wanted from day one is to get the truth of what happened on public record.