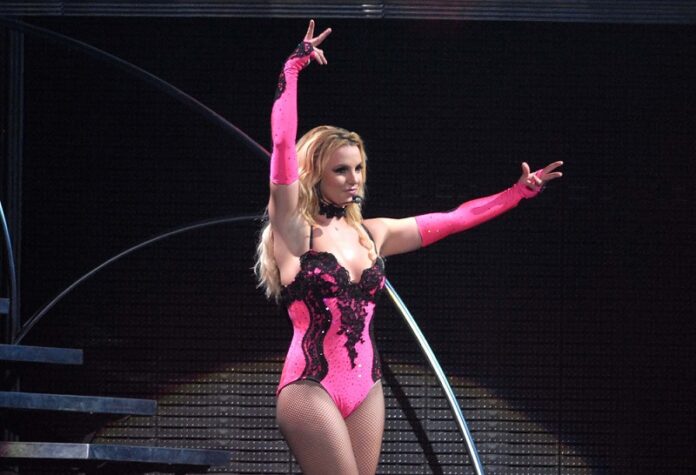 Stars from across the entertainment industry have shown their support for Britney Spears after a new documentary aired which documents her career and her father’s conservatorship that she is under.

Since 2008, Spears’ assets have been controlled by her father, Jamie. She was placed on an involuntary psychiatric hold and lost visitation rights to her children.

Her father and a lawyer, have the legal right to make decisions about her finances, her personal life and her career under the conservatorship.

In recent times a #FreeBritney campaign was launched across social media as many people were concerned about her wellbeing.

The documentary aired on FX over the weekend in America. It was created by The New York Times, director and producer Samantha Stark spoke to Sky News about the documentary.

“Originally we pitched it as a look back at media coverage of Britney. A lot of it when you look at it through a 2020 lens – it was 2020 (when the documentary was made) – it’s so appalling, misogynistic, surprising that, you know, late-night hosts are making fun of a teenager’s breasts. Would we do that today.”

However, during filming, the issue of the conservatorship was seen as the bigger story.

“These court documents dropped where Britney indicated that she didn’t want her father in charge of her money anymore. And that was a huge thing.”

Stark added “Since she entered into this conservatorship in 2008, it’s been really hard to interview her. What we’ve heard is that journalists who interview her do so under watch from her team and it’s very regulated… (With) Britney, there’s this cone of silence around her.”

Now stars from across the entertainment industry have taken to social media to show their support for Britney Spears.

Rock band, Garbage, fronted by Shirley Manson said “Just watched the “Framing Britney Spears” documentary and have to say, there is something VERY weird, very wrong going on. #FreeBritney”.

Just watched the “Framing Britney Spears” documentary and have to say, there is something VERY weird, very wrong going on. #FreeBritney 💔

Paramore’s Hayley Williams wrote “No artist today would have to endure the literal torture that media/society/utter misogynists inflicted upon her. The mental health awareness conversation, culturally, could never be where it is without the awful price she has paid”.

Other celebrities such as Courtney Love Cobain, Sarah Jessica Parker, Bette Midler and many more took to Twitter to show their support for Spears.

Y’all..it’s plaguing me that nobody knows if @britneyspears is truly okay. Really hoping that if she isn’t she can formally vocalize it in some way and that she knows all of us on the outside really give a shit about her well-being. 😢

At the time of writing, an Irish release date has not been confirmed yet but you can check out the trailer below.