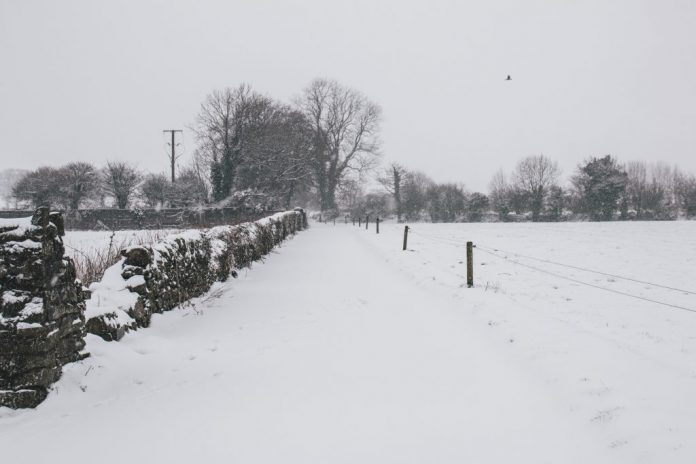 An orange snow ice warning has been extended until midday for parts of the country.

The affected counties are in the east and south east.

While a yellow snow-ice warning is in place for the rest of the country.

Scattered heavy snow showers are expected to continue across the morning and leading to accumulations in places and some drifting.

Nicknamed the ‘mini beast’ or ‘the son of the beast from the east’ the conditions are not expected to be as bad as during storm emma but the weather is affecting driving conditions in the affected areas.

There’s been heavy snowfall around Nass in Kildare and New Ross in Wexford.

There’s lying snow on routes around Carlow while in Kilkenny slush and snowy conditions have been reported around the city.

In Laois there are slippery conditions on most routes around Portlaoise particularly on the M7 between Portlaoise West and Portlaoise East Junctions.

There are slushy conditions around Thurles town and it’s particularly bad on the m8.

Road conditions are treacherous around Tullamore in county Offaly while in Wicklow all routes on higher ground are experiencing snow and icy conditions.

And in Monaghon Snowy conditions have been reported on the N2 between Castleblaney and Monaghan Town.

AA Roadwatch is reminding road users to take extra care and that it takes a car up to ten times longer to stop in snow or ice.