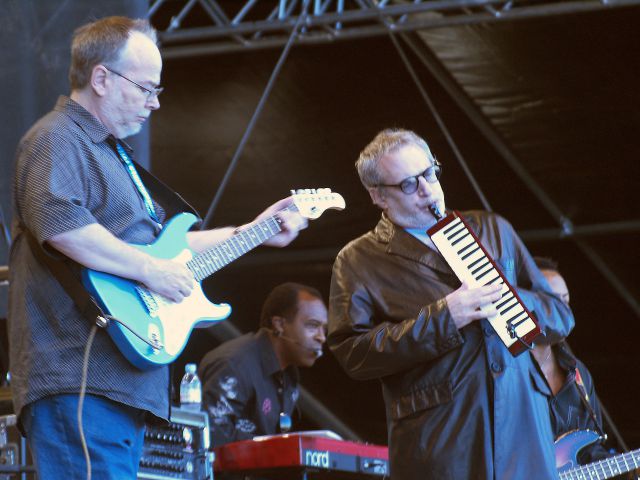 Steely Dan has announced an Irish and U.K Arena tour with special guest Steve Winwood. The jazz-rockers play the 3Arena, Dublin on 28th February 2019. Tickets go on sale this Friday, 7th September. Ticket prices and tour details are below.

The critically acclaimed album ‘Can’t Buy A Thrill’ was named 145 in Rolling Stone’s 500 albums of all time, ‘Aja’ became a platinum-selling album and ‘Two Against Nature’ saw Steely Dan win an impressive total of four Grammy’s including Album of the Year and Best Pop Vocal Album. With plenty to showcase on their upcoming Irish and U.K. arena tour which kicks off on 20th of  February 2019.

Steely Dan has celebrated a long history of success having worked with the likes of multi-award winning singers Barbara Streisand and Diana Ross. When Steely Dan took to the stage during Bluesfest in 2017, the band were well-received with glowing reviews. Their Irish and U.K. arena tour will stop at Glasgow, Manchester, Birmingham, London and Dublin during February next year!

Composer, legendary vocalist, multi-instrumentalist, producer, multiple Grammy winner, BMI icon and Rock n Roll Hall of Fame inductee, Steve Winwood has sold over 50 million records in the course of his five-decade career. Winwood is a respected innovator in Rock ’n’ Roll who has created some of the genre’s most celebrated achievements.

He will be performing the Greatest Hits of enduring classics from his days with The Spencer Davis Group, Blind Faith, Traffic, and the popular songs from Winwood’s enduring solo career. He has previously worked with Jimi Hendrix, The Who, James Brown, George Harrison, Tina Turner and more recently Carlos Santana, Tom Petty and Eric Clapton.

The BMI Icon award winner, honoured for his ‘enduring influence on generations of music makers,’ was named one of the ‘Greatest Singers Of All Time’ in 2010 and is set to join Steely Dan for their much-anticipated Irish and U.K. arena tour in 2019.

Steely Dan Plus Special Guest: Steve Winwood plays the 3Arena, Dublin on 28th February 2019. Tickets From €89.50 including booking fee. On Sale This Friday 07 September 10.00am. From Ticketmaster: In person: From Ticketmaster Outlets Nationwide.