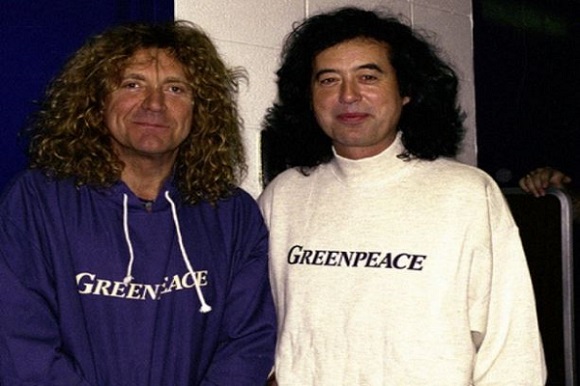 Robert Plant and Jimmy Page had a quasi Led Zeppelin reunion back in the 90’s. That was for a number of ‘Page and Plant’ tours and a revered MTV Unplugged performance and the release of the ‘Unledded’ record.

The only studio offering that came about from that era between the rock legends was their 1998 reunion album ‘Walking into Clarksdale’, and punk rock Svengali, Steve Albini was at the helm for that project.

The producer said it was ‘insane’ how much money went into the recording of the album. Page and Plant called it a day on their collaboration after the live dates for the record ended. They made a return for one more show in 2001 and performed a one-off Led Zeppelin reunion show in 2007.

According to a report from Alternative Nation, Shellac frontman Steve Albini discussed his experience of making the record:

“It’s fucking insane what they can pull off, just having infinite money at your disposal makes life really great. So I mean, it was great and the whole experience was really great.”

Albini added that it was obvious from the outset who was in control: “However, it was clear from the beginning really clear that they made all the artistic decisions and ran the band and I was just sort of the technical help in that but I was happy to do it. You know, it’s the experience.”

#TBT: Musicians Jimmy Page and Robert Plant (formerly of Led Zeppelin) reppin’ Greenpeace before a performance in Maryland in 1995. Both supporters of Greenpeace, they gave staff front row tickets to their concert! pic.twitter.com/rWP6WoBcWM